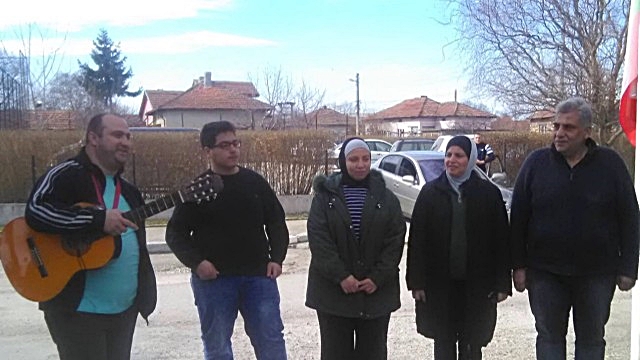 In a case similar to the one in the Bulgarian town of Elin Pelin some weeks ago, there is a dispute in the northern town of Belene over a Syrian refugee family being housed there – with the tensions resulting in them planning to leave.

The Syrian family of four left their home in Damascus a year ago after their home was destroyed, and after legally transiting Turkey and Greece, reached the Vrazhdebna refugee camp in Bulgaria.

The State Agency for Refugees contacted Father Paolo Cortese of the Roman Catholic Church in Belene, who had volunteered to house refugees.

According to a March 7 report by television station bTV, the Syrian family first visited the town for five days and liked it there. In line with an old Bulgarian tradition, the family was welcomed with a gift of bread and salt by about 300 lay people.

The Syrian family now has a registered address in Belene and the four are being accommodated in the Roman Catholic church. But they are afraid to go out on the street, the report said.

“Half of Belene” – a town with a population of just more than 8900 people – opposed their presence, and in particular municipal councillor Krassimir Todorov and a number of his friends. Todorov was elected a councillor in 2015 on a ticket called “Democrats and Patriots for Belene”.

He raised the issue at a council meeting, asking why Cortese had not asked for permission to settle the family in the municipality.

Todorov said that he had nothing against refugees but opposed something being done without the knowledge of the mayor and the municipal council and without asking whether the public agreed.

“People are afraid that after one family settles, another 50 will come,” Todorov said. He rejected allegations that he had threatened Cortese.

Todorov said that he was not a racist or a xenophobe, saying that he was married to a woman of Turkish origin.

Cortese said: “We did not inquire because that is not envisaged in the law. We acted according to the law”.

He said that the idea of asking permission, as raised by Todorov, was “like a man going to live in Pleven, for example, renting an apartment, signing a contract – he’s not going to be asking everyone in Pleven if they agree to him living in their town”.

The idea of accommodating a family of refugees was not his own but that of the entire Roman Catholic Church, Cortese said.

“The Bulgarians can be calm, this family today is leaving Belene, thanks to Mr Todorov,” Father Paolo said.

The priest has begun collecting signatures to petition for the resignation of Todorov from the municipal council. 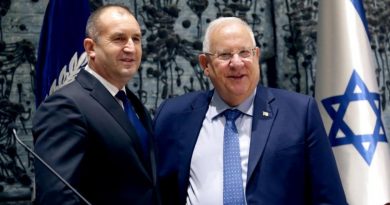