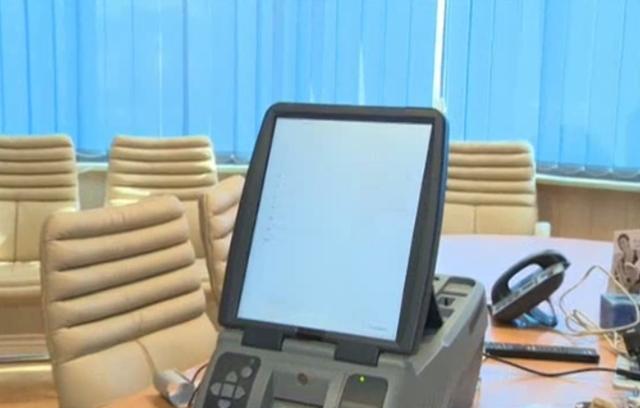 Bulgaria’s caretaker Cabinet has approved extra spending on the country’s March 2017 early parliamentary elections to enable machine voting at all polling stations – but just how much money is involved is still not clear. In effect, a blank cheque has been issued.

The February 8 decision, taken at a scheduled meeting of caretaker Prime Minister Ognyan Gerdzhikov’s interim administration, came after the Supreme Administrative Court ruled on February 1 that the option of machine voting had to be provided at all polling stations.

On television talk shows, “experts” have estimated that making available voting machines at all 12 000 polling stations in Bulgaria and abroad, and providing spares, could double or triple the cost of the March 26 parliamentary elections.

The Gerdzhikov Cabinet has authorised Stefan Yanev, Deputy Prime Minister in charge of internal order and security and caretaker Defence Minister, to approve the additional costs for the voting machines in consultation with the Central Election Commission.

The necessary funds would be provided by restructuring costs in the national Budget, the government media office said.

Caretaker Finance Minister Kiril Ananiev said that the government would not provide a specific amount for the machine voting.

Whatever the sum of the public procurement turned out to be would be the amount that the government would provide.

“In the draft decree, there is no limit. We are obliged to ensure these funds. That is the main task of the government, to ensure the elections,” Ananiev said.

Speaking after the Cabinet meeting, caretaker Foreign Minister Radi Naidenov told reporters that the organisation of the March 2017 elections abroad was going according to plan.

Naidenov said that it was too early to say how many polling stations there would be abroad. The steps envisaged in Bulgaria’s electoral law were being taken on deadline, he said.

February 8 was also the final day for political parties and coalitions to register to participate in the March 26 elections.

Initial indications were that the final total of parties and coalitions might be lower than those who took part in Bulgaria’s October 2014 early parliamentary elections. In those elections, there were seven coalitions and 18 political parties, a total of 25.

While Boiko Borissov’s centre-right GERB lodged its documents on the first day of registration, its main rival in the 2017 contest, the Bulgarian Socialist Party, came in on the last day.

BSP leader Kornelia Ninova, who headed her team delivering its registration application forms for the “BSP for Bulgaria” six-party coalition, with 6000 signatures in support, told reporters that the election would see the coalition become the top political force in the country.

Other parties that came in on the morning of the last day included Drom, and the Bulgarian Radical Party.

The Movement for Rights and Freedoms also registered on February 8, with leader Mustafa Karadaya telling reporters that the party was hoping for a good result in the elections. The MRF’s application documents were supported by 6854 signatures.

It was expected that before the 5pm deadline on February 8, Nikolai Barekov’s Bulgaria Reloaded party would register, as would Hristo Ivanov’s Yes Bulgaria coalition.

Yes Bulgaria was at the centre of a day of drama on February 7, when in response to a dirty tricks manoeuvre to procedurally block the party from competing in the elections, it mounted an emergency operation to raise the 3000 additional signatures needed to register as a coalition.

Ivanov’s party reached agreement with the Greens party, which previously has not won any seats in the National Assembly, and with the DEOS party, founded since the previous election, to register the coalition.

Its February 7 signature-raising campaign was hailed by Ivanov as a success unprecedented in Bulgarian political history – gathering not 3000, but 20 000 signatures from Bulgarian voters.

In a February 8 television interview, Ivanov again expressed confidence that the court would reject the appeals lodged against the registration of the Yes Bulgaria party because these appeals were fraudulent and inadmissible. Prosecutors have been approached over identity theft used to lodge the appeals.

Yes Bulgaria took the option of registering as a coalition because it was not expected that the court would deal with the challenge to its status as a political party in time for it to register for the elections.

“Yes Bulgaria has set very specific goals,” Ivanov said in the breakfast show television interview. “This is the only party that just does not talk about the fight against corruption and for judicial reform, but has the capacity and the will, and the people, who have shown they can do something.

“I have no doubt that the interests that lie behind these actions with those complaints are those in favour of preserving corrupt governance in Bulgaria,” Ivanov said. 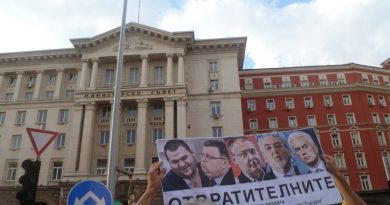 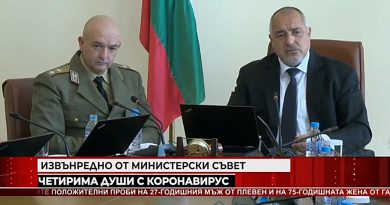