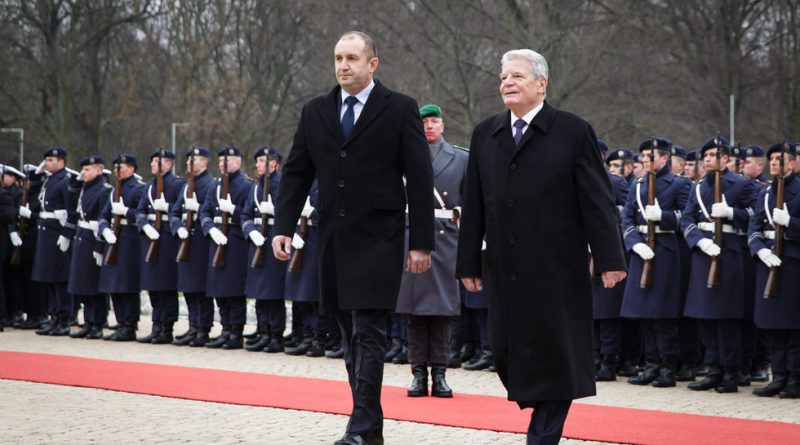 There is no way for Bulgaria to effectively protect Europe’s external borders unless it is given access to the Schengen Information System – and the country’s lack of access to the system increases the risk for all European citizens, Bulgarian President Roumen Radev said during an official visit to Berlin.

Speaking at a joint news conference on February 6 with his German counterpart Joachim Gauck, Radev said that Bulgaria had fulfilled all technical requirements for Schengen membership and had proved that it protected the external borders of Europe in line with the criteria for membership.

The fact that individual countries had not accepted that Bulgaria was ready to join Schengen meant those technical criteria were being complicated by political and other criteria, Radev said.

He was referring to the fact that while Bulgaria joined the European Union in January 2007, more than 10 years later, it still has not been admitted to membership of the EU’s Schengen visa zone.

This has been a source of frustration for a succession of Bulgarian leaders, as the country’s membership aspirations have been blocked by EU countries that – against the background of findings in the European Commission’s reports on Bulgaria’s performance in justice and home affairs – do not believe that Bulgaria is ready for Schengen.

Over recent years, European Commission leaders, among others, repeatedly have urged countries blocking Bulgaria’s Schengen accession to drop their objections, and not cite Cooperation and Verification Mechanism reports which have no direct link to the Schengen membership issue. 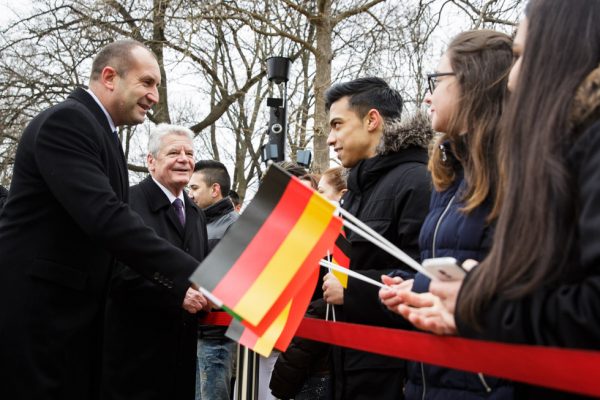 Radev said that Bulgaria was relying on support from EU countries to protect its borders in the event of a sharp increase in irregular migration.

He said that he and Gauck had exchanged views on the current agenda of the EU and of their countries.

“We share common values ​​and responsibilities to develop a strong, prosperous and secure a united Europe. The challenges are many – armed conflicts, terrorism, migration wave, globalization, increasingly limits of the resources available,” Radev said.

“In this situation, we must continue active cooperation which has great potential, especially in the fields of economy and investment,” he said.

Radev said that Bulgaria will continue to work to provide German business with a stable and predictable business environment.

“We have a strong commitment in Bulgaria to unite the efforts of all institutions of civil society, political parties, for an effective fight against corruption and crime, establishing clear and transparent conditions for business in Bulgaria.

“I am convinced that this will lead to new investments from Germany because the economic policy that Bulgaria is conducting contributes to the implementation of successful projects in high technology and sectors with high added value,” Radev said.