In the 10 years since Bulgaria joined the European Union, the country has made “important progress” in reforms to the judiciary and against corruption and organised crime, but shortcomings remain and the next government will need to drive reform forward to secure irreversible results.

This emerges from a report on Bulgaria issued on January 25 2017 by the European Commission on progress under the Cooperation and Verification Mechanism (CVM), put in place when the country joined the EU in January 2007, to bring it up to EU standards in the judiciary and in combating organised crime and high-level graft.

Introducing the report, EC Vice-President Frans Timmermans said that in the past 10 years, Bulgaria had made important progress in carrying out CVM reforms, particularly in legislative and institutional developments in judicial matters.

Timmermans said that with additional “significant progress” made in 2016, the momentum built up so far allows the focus to shift to the key remaining steps which needed to be taken to meet the CVM goals “and therefore to complete this important process on judicial reform and the fight against corruption and organised crime under this Commission mandate, in line with the goal set by (EC) President Jean-Claude Juncker”.

“The speed of this depends on how quickly the Bulgarian authorities are able to take the identified remaining steps in an irreversible way, in a way that does not call into question the progress made so far,” Timmermans said.

The 2017 report said that Bulgaria had made additional significant progress in the implementation of the judicial reform strategy.

“Implementation of the national anti-corruption strategy still remains in an early stage.”

The EC report said that in the past 10 years, “overall progress has not been as fast as hoped for, and a number of challenges remain to be addressed”.

In a reference to Bulgaria’s early parliamentary elections, to be held on March 26 2017, the EC said that the new government will need to drive reform forward to secure irreversible results.

The Commission also considers that CVM should not be linked to other areas of EU law, such as whether Bulgaria should be admitted to the EU’s Schengen visa zone, the report said. For years, Bulgaria has been blocked from joining Schengen by some EU countries, citing concerns about inadequacies in fighting organised crime and graft.

The EC report noted that “the Bulgarian media environment is often characterised by low independence and ineffective enforcement of journalistic standards, which has a negative influence on public debate on reforms.

“While these issues are outside the CVM remit, they have a direct bearing on the ability to deliver reform and have made it more difficult for Bulgaria to make progress.”

The Commission said that at this stage it cannot yet conclude that the benchmarks are satisfactorily fulfilled.

However, it is possible to identify a number of key recommendations to lead to the conclusion of the CVM process.

Lifting the CVM “depends on how quickly Bulgaria is able to fulfil the recommendations set out in this report, in an irreversible way”.

The Commission said that it would work closely with the Bulgarian authorities and provide support where needed, and will assess progress made towards the end of 2017. 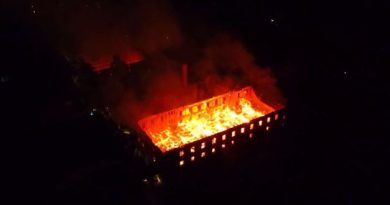 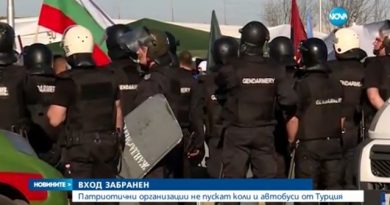