Ten years after joining the European Union with the caveat of regular reports on its judiciary reform efforts, Romania has made ‘major progress’ in that direction, European Commission Vice-President Frans Timmermans said on January 25, as the EC released its latest report on the country’s performance under the Co-operation and Verification Mechanism.

With the three previous annual reports between 2014 and 2016 highlighting “a positive trend and a track record pointing to strong progress and growing irreversibility of reform”, that trend was confirmed in the latest report with a continued track record for the judicial institutions and a strong impetus by successive governments to strengthen corruption prevention.

“The positive trend of Romania and Romanians to fight corruption and to protect the independence of the judiciary noted in the previous three years has continued in the last year too. The momentum built up so far allows the focus to shift to the key remaining steps which need to be taken to reach the CVM objectives and therefore to complete this important process under this Commission mandate, in line with the goal set by President Juncker,” Timmermans said in a statement.

“The speed of this process depends how quickly the Romanian authorities are able to take the remaining steps in an irreversible way, in a way that does not call into question the progress made so far. I hope in 2017 we will see the speed, determination and internal safeguards needed to complete the necessary reforms and ensure the irreversibility of the results,” he said.

The EC report included an overview of the past decade of CVM monitoring, noting that “despite some periods when the momentum of reform was lost and questioned, Romania has made major progress towards the CVM benchmarks.”

Nevertheless, a number of key issues identified in earlier reports remained outstanding, the EC said, meaning that reform benchmarks set by the EU executive were yet to be satisfactorily fulfilled. The report identified a number of key recommendations, mainly focusing on the responsibility and accountability required by the Romanian authorities and the internal safeguards needed to ensure the irreversibility of the results.

The Commission said that it plans to assess the progress in fulfilling that “very limited number of key recommendations” towards the end of 2017. 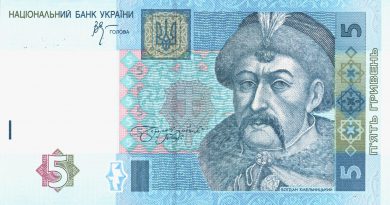