Seven hundred people have died in road accidents in Bulgaria so far in 2016, a total of 43 in December alone, according to Interior Ministry statistics up to December 27.

This is the highest number of road deaths since 2010, when there were 776 fatalities on Bulgaria’s roads.

While 2015 saw 680 road deaths, the previous highest figure after 2010, the year 2016 is the first time in the past six years that Bulgaria has reached the 700 mark in the number of fatalities.

By December 27 2016, there had been 7319 road accidents, leaving a total of 9264 people injured, the Interior Ministry said in a regular daily report.

Along with Romania,  Bulgaria has the highest road death toll among the 28 member countries of the European Union.

The most frequent causes of fatal road accidents in Bulgaria are speeding, reckless overtaking, and drink-driving.

In a separate statement, the ministry said that during a campaign from December 12 to 18, a total of 15 038 motorists had been checked for drink-driving and being under the influence of illegal drugs.

A total of 201 motorists were found to be over the legal blood-alcohol level and 41 under the influence of narcotics.

The highest number of drunken drivers was in Blagoevgrad (20), Varna and Sofia (17 each).

Of those driving after using narcotics, the largest number was in Veliko Turnovo (seven) Sofia (six) and Bourgas (five). 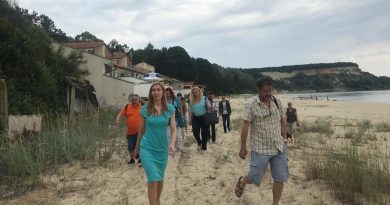