In the weeks since Boiko Borissov’s resignation as prime minister, several questions have faced the country, not least of which is when next it will have a government – elected or caretaker. One of the others is who will succeed Kristalina Georgieva as Bulgaria’s European Commissioner.

Georgieva announced her resignation from the European Commission on October 28, just about a week before the start of the November 2016 presidential elections that would lead to Borissov’s resignation after his party’s candidate was defeated.

Bulgaria now has little to no prospect of seeing the current National Assembly elect a new government, meaning that the most likely scenario is that the country will be in caretaker administration hands pending parliamentary elections in spring 2017.

The outgoing Borissov administration has not been forthcoming lately on the issue of the next European Commissioner, beyond a denial that the nominee would be President Rossen Plevneliev, who leaves office towards the end of January 2017.

While Georgieva’s resignation takes effect on December 31, there is no fixed timeframe for Bulgaria to put forward a Commissioner-designate for the Juncker Commission.

But while Borissov and GERB have avoided commenting on the issue, the opposition Bulgarian Socialist Party raised the matter on December 1, urging that the current government should not put up the nomination, but that this should be left to the caretaker cabinet at the time that Roumen Radev – who was backed in the presidential elections – becomes head of state in January.

BSP foreign affairs spokesperson Kristian Vigenin said that there was no reason to hurry with the nomination, and pointed to a reported statement by European Commission President Jean-Claude Juncker that he was ready to discuss the issue in January.

Vigenin said that if there was to be no elected government, then the matter should be handled by the caretaker cabinet when Radev became president, and a choice should be made in consultation with all political forces.

The BSP MP said that it would not be a logical and appropriate solution for Plevneliev to be nominated. Although a Plevneliev candidacy has been denied, the opposition Movement for Rights and Freedoms has claimed in recent days that the outgoing President was preparing to take up the European Commission post.

Krassimir Karakachanov, co-leader of the nationalist Patriotic Front parliamentary group, said that a Commissioner should be nominated by the end of December.

The government could conduct a dialogue in society and in Parliament and come up with a nomination, Karakachanov said.

He said that it was possible that in the country’s next few months, there would be a succession of two caretaker governments and then an elected one after April. The country could hardly go for six months without a European Commission, he said.

Ivailo Kalfin, a former foreign minister and former MEP who was the presidential election candidate of the socialist minority ABC party in November, said that Bulgaria probably already had missed out on having the important and influential EU budget portfolio that Georgieva has held.

If Bulgaria continued to delay, it would miss out on the possibility of a significant portfolio, Kalfin said, noting that when the country joined the EU in 2007, it had been handed the consumer protection portfolio, while fellow newcomer Romania got the linguistic diversity post.

“This is not about the government going, I think it would be worse if that means missing the chances of Bulgaria to have a good portfolio,” Kalfin said. 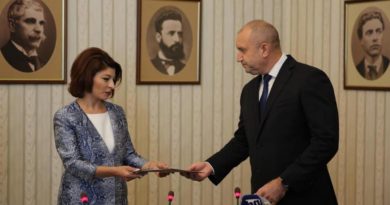 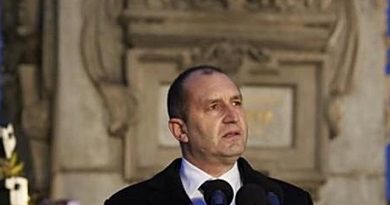