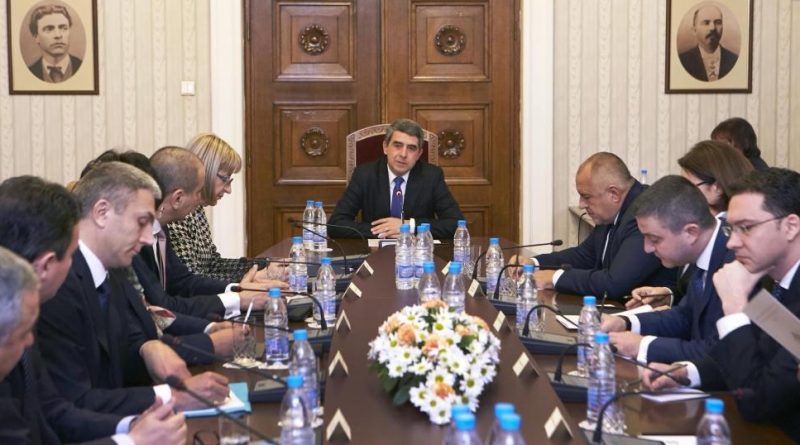 A November 29 meeting of Bulgaria’s Consultative Council for National Security, convened by President Rossen Plevneliev, has left in place a slim possibility that a new government could be formed without the country being forced to early parliamentary elections.

Should this scenario become reality – not the likeliest possibility but also not impossible – such a government could be formed with a mandate handed to the nationalist Patriotic Front parliamentary group.

And should the Patriotic Front be able to assemble sufficient support in Parliament to vote a government into place, the next administration would not be headed by Boiko Borissov, who on November 29 again reiterated his refusal to head a government in the framework of this legislature.

President Plevneliev continued to appear determined to stave off having to appoint what would the third caretaker government during his single term in office as head of state.

Borissov, speaking after the consultative council meeting – which lasted just more than three hours, said that he was leaving the responsibility of forming a government in the hands of the Patriotic Front and the Reformist Bloc.

“The responsibility is no longer ours,” said Borissov, who resigned as Prime Minister after his GERB party’s candidate was defeated by opposition socialist-backed Roumen Radev in Bulgaria’s November 2016 presidential elections.

Borissov, in referring to the formula whereby his government was put in place two years ago, hinted at a scenario whereby his coalition government minority partners the Patriotic Front and Reformist Bloc might be in government – a scenario that would be possible, numerically, only with the tactic support of a GERB voting for a ruling coalition without being part of it.

Plevneliev said that he continued to believe that the current National Assembly had not exhausted its potential and could still do good things for the state.

The President called on political parties to go beyond party interests and seek a formula to form a government.

The constitution specifies that the President, now that the government has resigned, must first offer a mandate to Parliament’s largest party (GERB, in this case) to try to form a government. He intends to offer this mandate on December 2.

Should GERB, as it has telegraphed it will do, refuse, the mandate should next be offered to the next-largest party, the opposition BSP. The BSP also has said repeatedly that it will refuse.

After that state, President Plevneliev will have a free hand, to offer the third exploratory mandate to any parliamentary group of his choice.

The only parliamentary group of significance to have indicated its willingness to try to form a government is the Patriotic Front.

The PF is only the National Assembly’s fifth-largest group but lately has mended its fences with Volen Siderov’s Ataka. That collectively adds up to a mere 28 MPs out of 240. A viable government needs the votes of 121 MPs to get into office, so a deal would need the votes of GERB (84 MPs), and other groups or collections of MPs that may be amenable to supporting a new administration, such as the minority Bulgarian Democratic Centre-National Union (14 MPs) and possibly some Reformist Bloc MPs (there are 22 but they are effectively divided into two groups, one that continued to support Borissov’s administration, another that opposed it).

Plevneliev said that the state was in an “uneasy, complex situation that we must find the best way out of the sake of the people”.

“I believe that political crises may serve us as a starting point to correct political errors,” said, indicating that he believed it possible to find the right formula for forming a new cabinet. There were many arguments for doing so, one of them Bulgaria’s forthcoming presidency of the EU, Plevneliev said.

The consultative council meeting also discussed the possibility of changing Bulgaria’s electoral laws, but Plevneliev warned that if this was embarked on with haste, Bulgaria could be pushed into lasting instability.

He said that the meeting had discussed a possible date for early parliamentary elections and had agreed in principle on late March to early April.

Constitutionally, however, Plevneliev cannot dissove Parliament now, because he is in the final three months of his term. Dissolving Parliament and naming an election date would be the prerogative of his successor, president-elect Radev, who refused to attend the November 29 meeting.

After the meeting, BSP leader Kornelia Ninova reiterated that her party would remain in opposition in the current Parliament.

The Reformist Bloc’s Naiden Zelenogorski said that the bloc would decide on November 30 whether it could accept the responsibility to try to form a government or support one formed by the Patriotic Front.

“We will discuss all options, but the worst would be to throw Bulgaria into a severe crisis and leave it in anarchy for six or seven months,” Zelenogorski said.

The Patriotic Front made no official comment to reporters after the meeting. 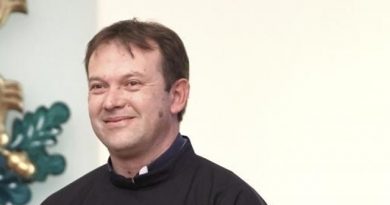