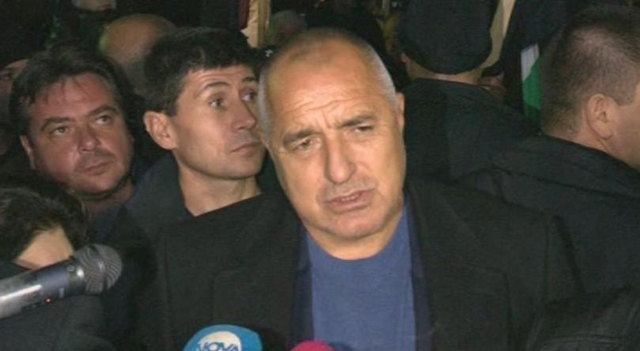 Visiting Bulgaria’s Harmanli refugee camp for the second time in less than 24 hours, following violent clashes at the camp that led to hundreds of arrests and injuries to refugees and police, outgoing Prime Minister Boiko Borissov said that those who violated public order would be expelled from Bulgaria as soon as possible.

At an early-evening impromptu news conference with reporters at the scene of the violent clashes at the refugee camp the day before, Borissov said that he “did not want to divide people by nationality” but there were two groups of people, one those with families who waited patiently and quietly for decisions on their status under European directives and international conventions, others “who believe we are obliged to them and do what they want”.

Borissov said that he was calling again on “people who govern in Moscow and in Washington” to stop the war (an apparent reference to Syria), saying that people wanted to go back but could not.

There could be no solution unless the war was stopped, Borissov said.

Those who violated law and order would be deported from Bulgaria as soon as possible. Those who did not keep to the rules would be isolated, Borissov said, indicating that only those with families and who did not behave disruptively would be allowed to remain at the Harmanli camp. The rest would be moved to closed camps near the border.

The centre at Harmanli has been accommodating about 3000 to 3500 people. Borissov said that about 1000 of them would have to be transported to closed facilities at the border. Construction of these isolation facilities would be completed by December 1, he said. The means had been found to pay for this legally, Borissov told reporters.

Borissov said that a ringleader of the November 24 unrest had been identified, indicating that the person previously had been in Germany where he had a conviction related to illegal drugs, and who had been in Bulgaria for the past four months. This person would be removed from the country illegally, he said.

Borissov did not identify the nationality of the person – whom he said had been identified from video camera records – because the investigation was ongoing, he said.

The charges, under the Criminal Code, were of hooliganism, and resisting authority “characterised by exceptional cynicism and impudence” as the relevant clause in Bulgarian law puts it.

The Harmanli prosecutor’s office noted that during the events of November 24, there had been gross violation of public order, 24 Interior Ministry staff had been injured, and property of the State Agency for Refugees had been damaged or destroyed.

An investigation into the events was being headed by the town’s district prosecutor, Margarita Stoilova. Inspections and questioning of witnesses were proceeding.

Those who faced charged had been identified by witnesses. The accused were in 72-hour custody.

At the same time, the Harmanli District Prosecutor’s Office had initiated pre-trial proceedings against police officers for causing bodily injury to two foreign nationals. The investigation was being carried out by the Haskovo Regional Prosecutor’s Office.

Media reports about the unrest at Harmanli linked it to attempts by those in the camp to leave in spite of the camp being quarantined. There have been contradictory accounts from officials about the scale of the health problem related to skin diseases at the Harmanli camp.

Reports have quoted State Agency for Refugees chief Petya Purvanova as dismissing the need for a quarantine.

Earlier on November 25, Bulgarian media alleged that people in rooms at Harmanli had been assaulted by police without provocation.

In the clashes at Harmanli on November 24, stones were thrown at police by participants in the unrest. Video footage of this appeared online and on television. Police, as confirmed by the Interior Ministry, responded with rubber bullets and water cannon.

Borissov, writing on Facebook earlier in the day, rejected claims that his government – in office since November 2014 and which resigned earlier in November 2016 – was “guilty of anything related to what was happening at the refugee camp at Harmanli”.

“Unfortunately, once again we are witnessing irresponsible behavior, neglect of national interest for the sake of populism and use of the Bulgarian citizens for political gain by the BSP leader and some media,” Borissov said in the Facebook post.

Cabinet records from 2012, 2013 and 2014 showed that it was not any government headed by him that had created a permanent refugee camp at Harmanli and made it into the open type that it was today, Borissov said. “Everyone can see the documents,” he said. 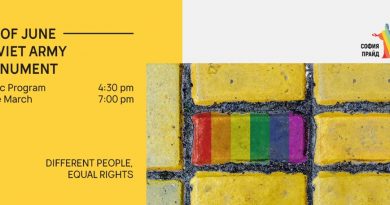