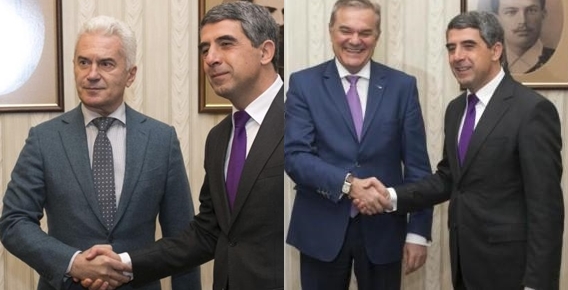 Bulgarian President Rossen Plevneliev concluded on November 24 a week of consultations with the National Assembly’s eight parliamentary groups following the resignation of the Boiko Borissov government.

Plevneliev is expected to convene a meeting of the Consultative Council on National Security on November 29, to discuss with all parties the way forward – most likely towards the appointment of a caretaker cabinet and, when the next president’s term begins in January, the dissolution of Parliament and the calling of early elections.

Plevneliev will also go through the ritual of three times offering a mandate to seek to form a government. The first will be offered to the largest party, Borissov’s GERB, and then to the Bulgarian Socialist Party, the second-largest. Both have said that they will refuse it.

In the talks with Plevneliev, the fifth-largest group, the nationalist Patriotic Front – which has only 17 MPs out of the 240 in the National Assembly – has said that it would want to seek to form a government.

This raises the possibility that Plevneliev, who as President has a free hand regarding which party he offers the third mandate to, may call on the Patriotic Front, to give them a chance – however improbable it is that they could succeed in assembling a coalition that would have the required support in the National Assembly.

ABC’s Roumen Petkov told reporters after the talks that no new government would be possible in the context of the current Parliament.

Petkov noted that the three largest parliamentary groups, GERB, the BSP and the Movement for Rights and Freedoms, all had said that they would not support and would not participate in the formation of a new government “and so everything else is a PR event”.

Speaking after his delegation met Plevneliev, Ataka leader Siderov called on the leaders of the Patriotic Front, who had said they would accept an exploratory mandate, to “sit down at the table like men” and seek an understanding on forming a government. 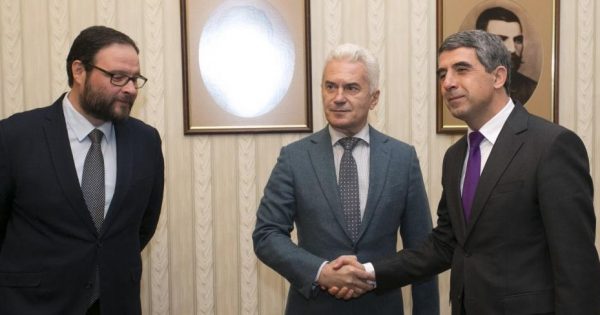 “That’s how things are solved,” Siderov said. “We patriots are manly boys, and in manly way we should sit down and talk clearly about the responsibilities, about what comes next, about what it is all about. To consider seriously all the possibility, to say, we’re going to elections.

“We patriots have no problem. To discuss what happens after these elections, what parliament there will be – we will have a better result, about what majority will be formed.”

Siderov said: “From January 1 we are the hosts of the EU (Bulgaria will hold the rotating presidency of the EU from January to July 2018) – you know, I am no fan of the EU and I am big critic of it, but this is an opportunity for Bulgaria to show some things about itself, for Bulgaria to gain from it. If we squander this opportunity, we are not responsible politicians”.

The Patriotic Front and Ataka collaborated on a joint ticket in Bulgaria’s November 2016 presidential elections. After their candidate ran third out of 21, they said that they would continue their co-operation – the background to why Siderov, who previously was a foe of the Front, indicated willingness to discuss an attempt to form a government on the basis of the current Parliament.
/Politics