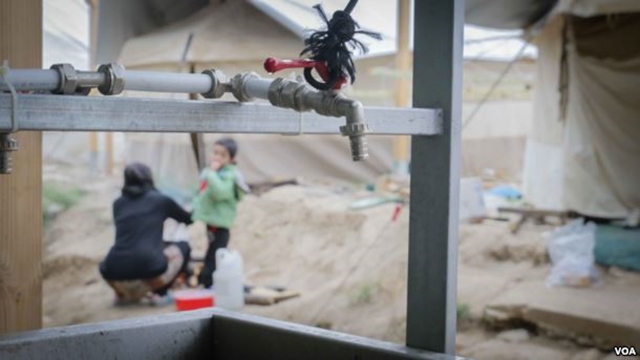 A bleak winter beckons for many refugees and migrants trapped in Greece, with thousands left vulnerable to the elements.

Aid organizations are offering winter assistance to those stuck in the country since the closure of the Balkan route last spring.

The Greek government has largely succeeded in shifting most people from ad-hoc sites into state-run camps, but conditions in the camps vary widely.

As one UNHCR spokesman admits, “more speed” is needed in efforts to minimize the impact of the coming cold. Many still have no more than a tent to protect them in the coming months.

As autumn turns to winter, father of six Karim Husseini has his share of problems.

“When it rains, all of the tents get wet and we have to take the blankets out until they dry,” he said.

An Afghan, he and his family are some of the 800 or so who live in Schisto camp, a few kilometers from central Athens. Husseini says he worries about the potential health risk of such conditions for youngsters during winter.

“We are adults,” he said of his family, “but for families with children, the situation is more dangerous.”

There is good news for the Husseinis; cabins are expected to replace the remaining tents at the site; however, in the lottery that is life in Greece’s 50-odd state-run camps, others will not have the same luxury.

More than 50,000 refugees and migrants are trapped in Greece. Among them, 10,000 people who are still living in tents and exposed to the elements, with an estimated 6,000 more living in tents within warehouses, prompting fears of indoor fires as the cold bites.

A few thousand more have found their way into squats, which can lack basic heating.

Across the country, a patchwork of aid agencies and volunteers is moving to respond to the onset of winter, with a mixture of cash assistance and items such as warm clothing and sleeping bags being distributed, while some people are being moved into housing.

Even in the best case scenario, however, it is expected that at least 10,000 people will be left to endure the elements in tents or warehouses.

The UNHCR, the U.N. body that overseas aid for refugees, admits current measures are not up to pace.

“It’s late in the game, and it is a serious matter if you have people in tents when it begins to snow,” Roland Schoenbauer, a UNHCR spokesman said. “There is goodwill, but we need more speed.”

Others are more specific about where they think the problem lies.

Hamstrung with debt, and host to a new population because of the decisions of other states, Greece has found itself trapped in a situation not of its making.

Although acknowledging the challenges it faces, the International Rescue Committee’s Jane Waite questions what she sees as a lack of planning by the government, which did not respond to a VOA request for comment.

Waite, who said it could be a struggle to get permits to bring aid into the camps, pointed out that facilities in the Greek islands are well over capacity, but that the opposite held true on the mainland. This provided an opportunity for the state to move people from inadequate camps into those with better facilities – but, she said, the opportunity was being missed.

“Winter is not a new thing; everyone knows it will come,” Waite, the IRC’s deputy director for programs in Greece, added. “While a plan is now being developed, it has taken a very long time.”

Most of those in the camps remain stuck in the slow-turning cogs of EU bureaucracy, waiting for permission to stay in Greece or legally relocate elsewhere in Europe.

Of the 66,400 people the European Union pledged to move out of Greece and elsewhere on the continent, less than one tenth has moved on, prompting some to attempt crossing into the rest of Europe illegally.

“It’s not rocket science,” said the UNHCR’s Schoenbauer. “The number of people that need to be relocated is absolutely manageable, but the number of spaces provided [for relocation] has been far too few.”

In Schisto camp, father of four Azizola Sedarat is treading the legal path. The Afghan can only hope the container set to replace his family’s tent arrives before the weather becomes too cold, and that somehow things will speed up so they can secure a stable future.

Having fled danger, he once again fears what the coming months will bring.

“Here, we are dying slowly.” 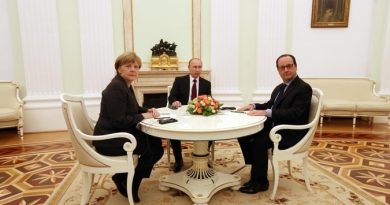