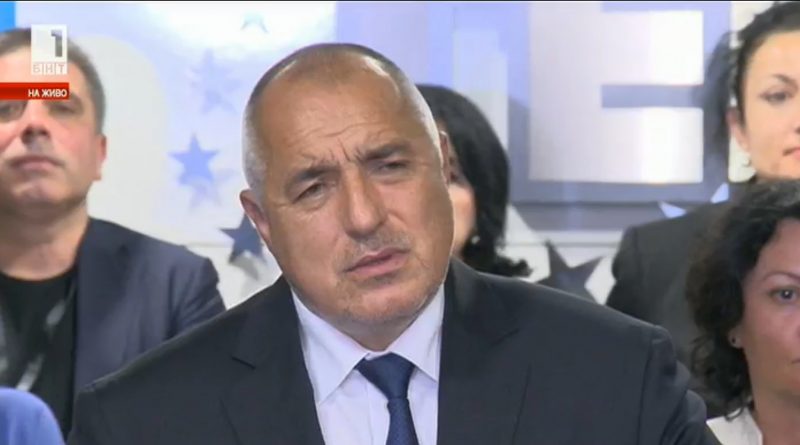 Just more than 90 minutes after it became clear that his GERB party had been defeated in November 2016’s presidential elections, Prime Minister Boiko Borissov announced that his government would resign at the first sitting of Parliament after the elections.

On the night of November 13, exit polls showed a landslide victory for Roumen Radev, candidate of the opposition Bulgarian Socialist Party, over GERB’s Tsetska Tsacheva.

Constitutionally, in the event of a government resigning, the President first offers a mandate to govern to the largest party in Parliament. In the current National Assembly, that is GERB. Borissov said that he would refuse the mandate.

Borissov offered congratulations to the winners of the presidential elections, going to sideswipes at the Movement for Rights and Freedoms for their backing of Radev, at Radan Kanev’s opposition minority centre-right Democrats for a Strong Bulgaria for helping to make Radev’s victory possible and those who had, as Borissov put it, voted to create a new political situation in Bulgaria.

The elections had made it clear that there was no reason for the government coalition (formed with Borissov at its head in November 2014, at the time with four participants – GERB, the Reformist Bloc, the Patriotic Front and socialist breakaway ABC) to continue, Borissov said.

It was clear from statements by the former presidential candidate of the United Patriots electoral coalition, Krassimir Karakachanov, about his priorities for the Budget 2017, and from the fractured state of the Reformist Bloc, that the Budget would not go ahead.

Borissov said that he and his party were not angered by the presidential election results. “I congratulate those who have more votes than us,” he said.

He cautioned that running the country would become more difficult, especially in what he described as the difficult international situation.

Borissov said that his party was no longer prepared to make any further compromises, as it had with the Reformist Bloc, Patriotic Front and ABC in its first two years of its government. He returned to verbally attacking Kanev, saying that the DSB leader had done everything he could to break the centre-right coalition.

“We are the opposition now, at the will of the people,” Borissov said. However, he also said that for the duration of the current Parliament, his party would not be obstructionist, for example, it would assist in ensuring the National Assembly had quorums enabling it to sit.

Noting the outcome of the national referendum that was held on November 6, Borissov said that his party would back changes in line with it, though calling – apparently, with some irony, for the state subsidy for parties to be cut to zero instead of the one lev envisaged in the referendum question.

The November 13 announcement by Borissov that he was resigning is the second time that his government has ended ahead of term.

Borissov became prime minister in 2009 and initially regular elections would have been held in July 2013. But public protests mobilised around energy costs and other cost-of-living issues turned violent in early 2013, prompting Borissov to resign and precipitating early elections. After a highly controversial administration of the BSP and MRF in 2013/2014, forced out by serious electoral defeat for the BSP in European Parliament elections and continuous public protests against the government, Borissov returned to power in November 2014.