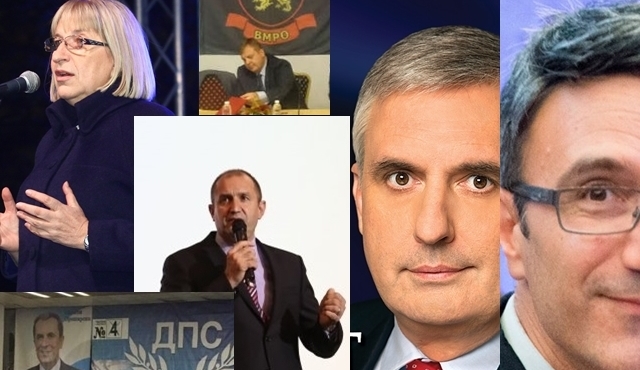 In the week ending on October 30, Bulgaria’s Parliament approved last-minute changes to electoral laws, the government played cut-price Father Christmas by announcing December bonuses for the lowest-income pensioners, Prime Minister Borissov said he wanted all privatisations in the past 25 years investigated, and Total said it had found oil on Bulgaria’s Black Sea shelf.

The Bulgarian Socialist Party and Movement for Rights and Freedoms came under attack from most of the parties of the governing coalition over their MEPs supporting a European Parliament resolution read by some as encouraging illegal migration, Kristalina Georgieva resigned as Bulgaria’s European Commissioner and the clocks changed back to winter time, on the eve of Halloween and with a week to go to Bulgaria’s presidential elections and three-question referendum.

It may be unfair, in the eyes of some, to mention Halloween and Bulgaria’s presidential elections in the same breath. But on Friday night, Bulgarian National Television did a triple series of interviews with candidates Plamen Oresharski, Krassimir Karakachanov and Ivailo Kalfin, and perhaps those candidates’ political rivals may have found the moments macabre.

With November 6, the first round of the presidential elections, coming up fast, candidates continued to criss-cross the country, slagging off their rivals to claques of the party faithful. The Reformist Bloc’s Traicho Traikov is doing so in a rather charming little battle bus, aping the American style of doing things, and for some reason, his campaign posted a photo on Facebook of Traikov with some of his campaigners sitting reading campaign “newspapers” in Rousse. 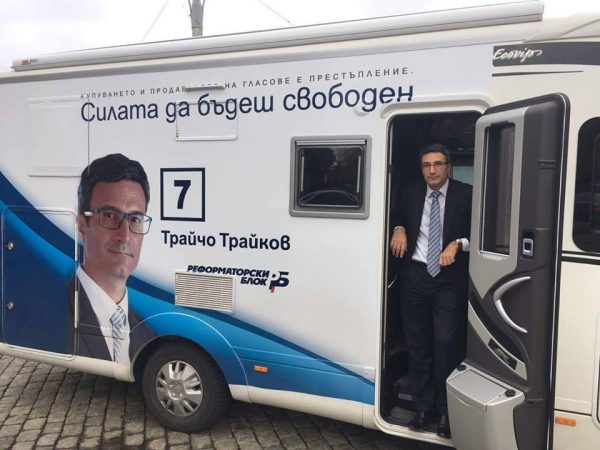 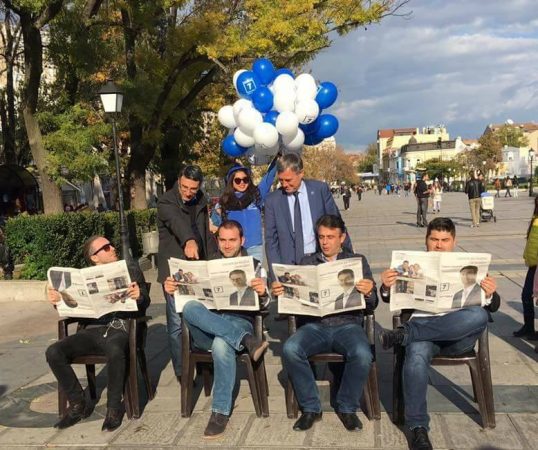 GERB candidate Tsetka Tsacheva, said by all polls to have the most support, and by none to have enought to win at the first round, continued her rather dull set of messages about keeping Bulgaria on the correct direction which, in the view of the majority partner in the government coalition, it is holding to at the moment.

Rounding off the week on Sunday in the Rhodope town of Smolyan, Tsacheva said that the choice that Bulgarian citizens will make on November 6 is important for the present development of the country and as to what should be bequeathed to future generations.

“We represent the diversity of the Bulgarian nation. We must be united to ensure the place our country among developed European nations,” Tsacheva said. 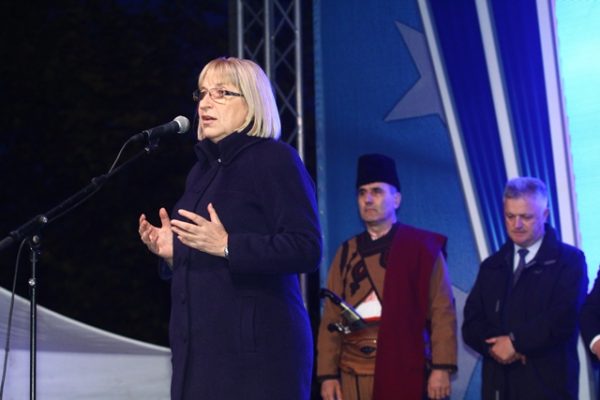 Amid this rather soporific stuff, she took a sideswipe at the opposition for the European Parliament vote in Strasbourg, that “it’s obvious to anyone that they say one thing in Bulgaria, but their MEPs in Strasbourg vote the other way”.

“With President Tsetska Tsacheva our country will continue on the path of development,” GERB deputy leader and campaign headquarters chief Tsvetan Tsvetanov, who for his own reasons decided to appear in Rhodope traditional folklore costume, told the Smolyan crowd.

In Rousse, Bulgarian Socialist Party candidate Roumen Radev that there was a “wave of energy of people who want change”.

Fear and apathy were disappearing and people were speaking boldly and openly, said Radev, perhaps unaware that if this was true, it may equally be claimed as a success for the current government.

But Radev supposedly is new to politics, after his resignation as Air Force chief (he makes allusions to his former career as a fighter pilot; perhaps in Radev’s mind he sees Independence Day as a documentary, complete with its Top Gun president in the cockpit, seeing off the aliens). 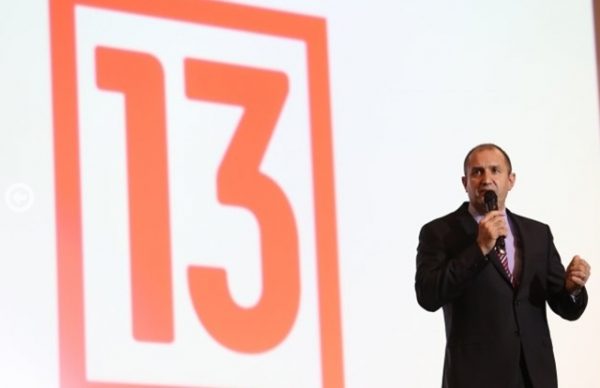 According to Radev, GERB understood that they were losing and could face having a president who “does not participate in their schemes” but would unite the nation around important national goals.

“I will not run away and hide from the critically important state issues – demographic crisis, education, agriculture, agriculture, economic development, local government,” Radev said. Bet aliens in giant spaceships would not frighten the general either, unless by the time they arrive Bulgaria still hasn’t acquired new fighter jets.

Apart from attacking Tsacheva, his principal rival, Radev also complained about statements by Defence Minister Nikolai Nenchev about the pay and financial compensation he had received while still serving, saying that, among other things, he had while commander of the Graf Ignatievo air base “flown continuously” to train young pilots because of a shortage of instructors.

Krassimir Karakachanov, the candidate of the joint ticket of the National Front for the Salvation of Bulgaria, Ataka and VMRO, also had military matters on his mind, saying that Bulgaria should not participate in sabre-rattling and foreign conflicts.

Karakachanov said that all have a place in Bulgaria, but Bulgarian rule of law must prevail.

“We set the rules, we will not obey foreign masters and laws, as former President Rosen Plevneliev does,” he said.

Karakachanov dwelt on Plevneliev’s statements, at the UN and elsewhere, that Crimea is part of Ukraine. “The Bulgarian President cannot interfere in conflicts that are not ours…we have no right to make demands or impose our opinion on the conflict in Crimea or any other foreign conflict,” Karakachanov said.

He also sought to portray his electoral coalition as “players outside the system”, “because we want to stop the looting and destruction of Bulgaria”.

The Reformist Bloc’s Traikov, meanwhile, had a message that if the President fails to set serious debate on judicial reform, business will not operate in a fair and predictable environment “which is essential for the protection not only of capital but also the efforts of the people for development”.

“With concern I hear fools bragging about increased deposits of citizens in the banking system. This is a clear sign that money is ‘sleeping’ and people are afraid to venture into business ventures. Now think, if you are a foreigner, would you risk your funds in a country where the locals refuse to risk,” Traikov said.

The level of corruption threw overboard anyone who considered it normal to develop rules of the market economy, he said.

Among the fringe (or mid- to low-ranking in the fringe candidates, out of the total of 21), Plamen Oresharski, standing as an independent but backed by the MRF, said that if elected President, he would strive to maintain good relations with both Russia and Turkey – a statement not without irony given the fractious split in the MRF late in 2015 precisely over the failure to do just that.

Responding to various ironic directed against him by Borissov, Oresharski said of the Prime Minister: “We will not have enough time to list his blunders”. Oh well, listing Oresharski’s successes might be quicker; it probably would take no time at all.

Questions of success and failure will be in the hands of Bulgaria’s electorate, next Sunday, with the first indications of how they voted due to emerge after polls close at 8pm on November 6.

Meanwhile, it should not be forgotten, though it hardly seems uppermost in the public mind, that the three-question national referendum is being held the same day. Residents of Sofia had quite a reminder, as television showman Slavi Trifonov drew thousands to a concert that led to prolonged road closures in the centre of the capital, and gave plenty of people material to mutter about on Facebook. 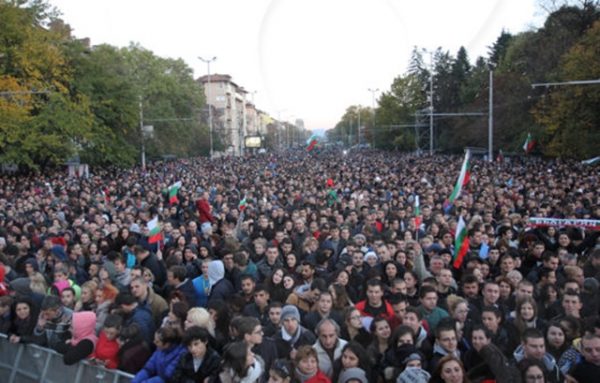 The concert came and went, and so did the crowds, and once again, pumpkins and the grotesque regained predominance in the public mind; and by that, we mean Halloween, not politicians. Of course. 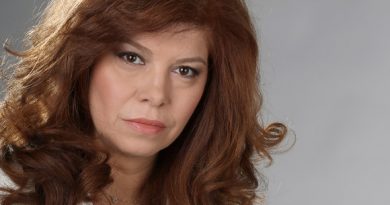