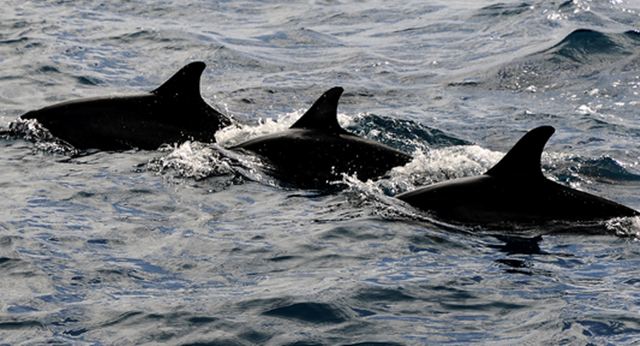 A total of 91 dead dolphins have been found on beaches on Bulgaria’s Black Sea coast so far in summer 2016, according to regional inspectorates of the environment.

This figure, as of July 19, is higher than the total 90 dead dolphins found on the country’s coast in all of 2015.

There have been repeated cases, and ensuing media reports, in recent years about dolphins being found dead on Bulgarian beaches. In spite of repeated allegations, often with finger-pointing at fishermen, no cause for the deaths has been established conclusively.

A joint Bulgarian-Romanian investigation is underway, after the finding of dead dolphins horrified tourists at Black Sea beaches, a report by Bulgarian National Television said.

The findings have taken place from the northernmost to the southernmost points of Bulgaria’s coast.

In some cases, the appearance of the dead dolphins suggested that they had been slashed, and possibly meat even removed.

Atanas Roussev of the Save Coral movement said that the deaths appeared to have happened somewhere in Bulgarian waters.

“It seems that the cause of death is poachers’ nets,” Popescu said.

Roussev and Popescu joined forces last summer to investigate the cases, with volunteers helping to collect data on the number of dead dolphins along the coast.

Popescu has brought a mobile laboratory from Romania to take samples from the dead dolphins.

Using software for mapping and tracking, the team said that they had established that the dolphins had washed up from the point where they had died, near Snake Island between Romania and Ukraine.

Snake Island is 35km from the coast, east of the mouth of the Danube River.

Roussev said that the place was a site for sea-bottom fishing nets used by illegal poachers of turbot, the nets leading to the killing of large numbers of small dolphins.

Some of the nets are large, as high as a three-storey building, as wide as a football stadium, the report said. This enables the catching of fish in large quantities, but dolphins trapped in such nets would have no chance.

The mammals cannot emerge to breathe air and die of drowning.

According to Popescu, when mapping the population of dolphins in Romania, his team noticed poachers’ ships in Romanian waters.

He said that it was possible that some of the cases of dead dolphins being washed up on the Bulgarian coast were the result of these ships.

“But taking into account the varying degrees of decomposition of the bodies, the death of dolphins occurred at different times. So we suspect many other cases of poachers catching fish in different locations,” Popescu said.

Roussev said that just two days before, along 150km of the Bulgarian coast, 22 dead dolphins had washed up, from the beach at Kamchiya to the Silistar beach.

Conservation groups suspect that this summer, poachers had set their nets within the territorial waters of Bulgaria. They called on the country’s institutions to carry out an official investigation.

Miroslav Kalugerov, an official with the Bulgarian Ministry of Environment and Water, said that to carry out such a specialised investigation, a dolphin had to be found that had died in the previous 24 hours. A solution was needed, “I hope that together we can succeed to achieve a solution and to address appropriate measures to tackle the problem”.

There are three species of dolphins in the Black Sea off Bulgaria – the short-beaked common dolphin, the harbour porpoise, and the common bottlenose dolphin – all of them protected by law. The penalty for killing a dolphin from any of these species is 5000 to 20 000 leva (about 2500 to 10 000 euro) and imprisonment of up to five years.

Bulgaria’s Biological Diversity Act also bans harassing, chasing or capturing dolphins from these species, and says that if a dead dolphin is washed ashore, it should be moved until examined by the Regional Enviroment and Water Inspectorate to establish the species and to report on the death of the Minister of Environment and Water.