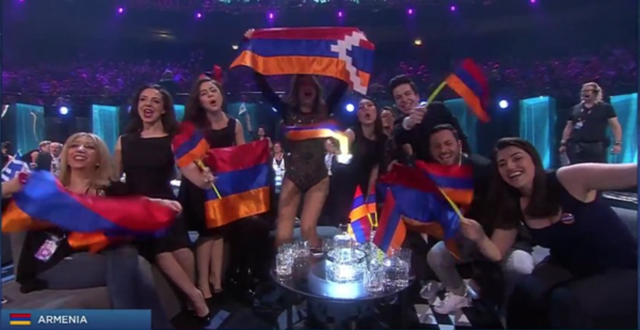 The European Broadcasting Union (EBU) has condemned Armenia’s Eurovision song contest team for the brandishing of a Nagorno-Karabakh flag during a semi-final of the song contest, warning that any further breaches of the rules could result in Armenia being kicked out of the 2016 and future contests.

The EBU stopped short of agreeing to a call from the Azerbaijani Public Television and Radio Broadcasting Company for Armenia to be expelled from Eurovision over the incident.

A ceasefire was agreed on April 5 2016 in Moscow, through Russian mediation, between Armenia and Azerbaijan.

Both sides continue to accuse each other of wrongdoing. Azerbaijan’s foreign ministry says that in spite of the agreement, Armenia continues to violate the agreement by firing at the positions of the armed forces of Azerbaijan and the towns and villages situated along the line of contact.

On May 10, during the first round of Eurovision 2016 semi-finals, Iveta Mukuchyan, Armenia’s participant, waved the Nagorno-Karabakh flag, incensing Azerbaijan. 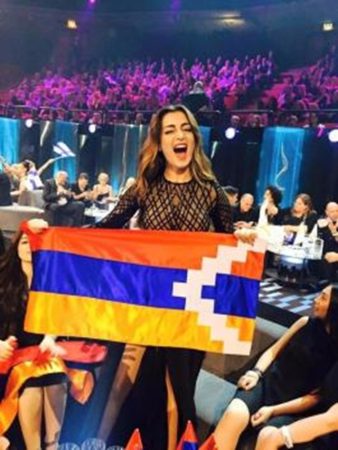 The governing body, known as the Reference Group, had decided to sanction Armenian broadcaster, AMPTV, in accordance with the Rules. The nature of the sanction will be determined, at the latest, by the next Reference Group meeting in June.

“We are acutely aware of the tense situation in the Nagorno-Karabakh region, and the ongoing tensions between Armenia and Azerbaijan. We consider the appearance of a flag of a highly disputed territory in the live transmission a serious breach of Rule 1.2.2h of the 2016 Eurovision Song Contest stating that ‘no messages promoting any organisation, institution, political cause or other, company, brand, products or services shall be allowed in the Shows’,” the EBU said.

The EBU said that it had imposed a zero-tolerance policy towards the Armenian delegation with regards to breaching the rules of the 2016 Eurovision Song Contest, “in particular in relation to the aforementioned incident”.

“The Reference Group wishes to point out that any further breach of the Rules of the 2016 Eurovision Song Contest could lead to disqualification from this year’s event or any successive editions.”

Armenia and Azerbaijan both made it into the final of the 2016 Eurovision song contest, to be held in Stockholm on May 14. According to eurovisionworld.com, bookmakers rank Armenia sixth among favourites to win (the song contest) while Azerbaijan is in 20th place.

Punters have made Russia the favourite to win, with Ukraine in second place in the betting.

In spite of Eurovision’s no-politics rules, the two previous song contests have seen some audience booing of Russia’s contestants, in protest against Moscow’s illegal annexation of Crimea and its aggression against Ukraine.

In the 2016 Eurovision contest, Ukraine’s song was in focus because of what was seen as a political message in it, directed against Russia. Ukrainian contestant Jamala’s Eurovision entry, 1944, is about the mass deportation during World War 2 of the entire ethnic Tatar population from Crimea by Soviet troops under the orders of Stalin. The EBU has allowed the song, which has annoyed Putin’s Kremlin, to be part of the contest. 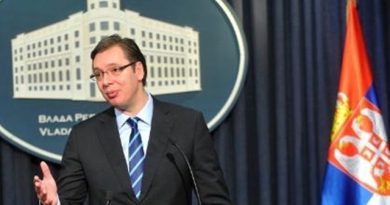