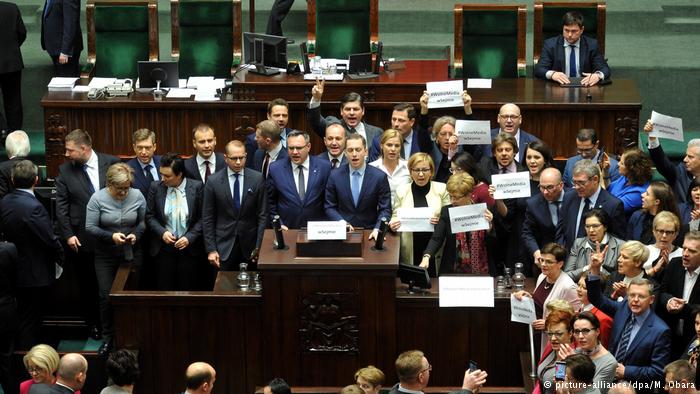 Opposition lawmakers in Poland sang the national anthem and chanted ‘Free media’ in protest at planned limits on journalists. Work on the state budget was blocked for several hours.

The protest was the first of its kind in the parliamentary chamber in a decade. It began as a single opposition MP, Michal Szczerba, walked to the parliamentary podium holding a placard with the words “free media.” Other opposition members joined him chanting “no censorship.”

Their action stopped proceedings in the chamber and forced the postponement of a budget vote on Friday.

As the occupation continued, the leader of the ruling Law and Justice (PiS) party Jaroslaw Kaczynski told reporters that those taking part would face consequences. “We will not be terrorized. With utmost certainty we will pass the budget,” said Kaczynski, as he called the protest “hooliganism.” 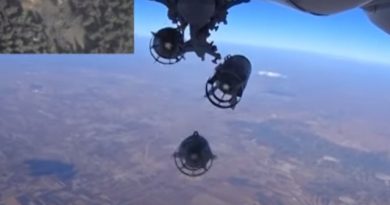 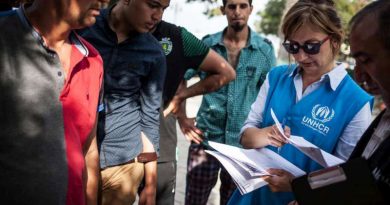