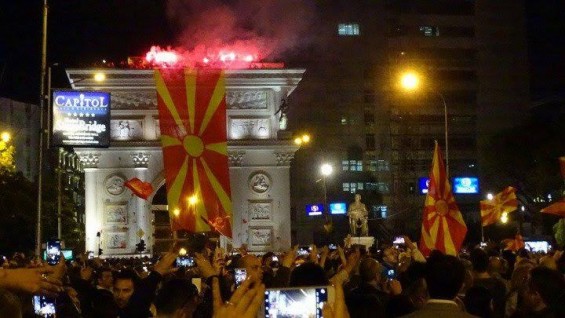 Two massive protests were held on the night of April 21 in Skopje, with a strong police presence. On one hand there were protests by civil organisations backed by the opposition, while on the other, there was a rally in favour of the government and the party in power, VMRO-DPMNE.

After marching in front of the Special Prosecution and EU office, protesters rallied in front of the government building. Vlatko, an activist from the civil organization “I protest”, told IBNA that colours have their symbols, as they are part of the so called “Revolution of Colours”. “We will continue with our protests by insisting on our demands for president Gjorge Ivanov to abolish the amnesty for 56 corrupt politicians. But at the same time, we also want the June 5 elections to be cancelled.

On the other hand, thousands of people rallied in front of parliament to support the party in power VMRO-DPMNE. This rally was organised by the Civil Organization for the Protection of Macedonia-GDOM. A representative of this movement, Aleksandar Pandov, said that they are rallying in support of the elections being held on June 5 and according to him, nothing would stop these elections from being held. He said that many civil organisations and political parties are working to cause instability. 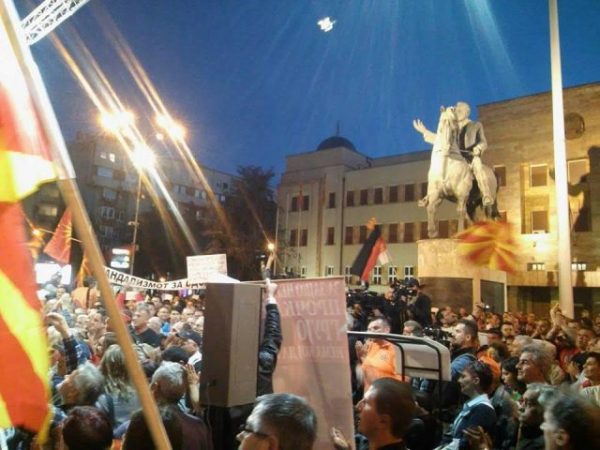