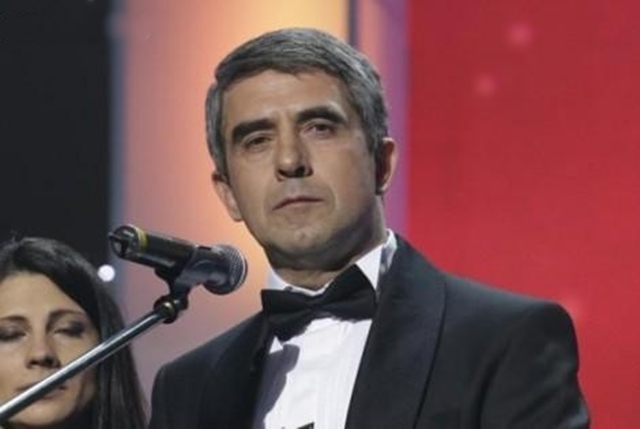 Ukraine has named Bulgarian President Rossen Plevneliev as its Person of the Year 2015, with Plevneliev saying that his country categorically supports the right of the Ukrainian people solely to choose their path of development and their will and desire to be part of the European family.

Ukraine has always been, is and will be an integral part of Europe – a bridge between cultures and peoples, opening new shared horizons, Plevneliev said at the March 26 2016 award ceremony in Ukraine’s capital city Kyiv.

The award was given to Plevneliev for his social and political activities in Europe and internationally, as well as his contribution to strengthening Ukraine’s relations with the international community, a statement by the President’s office said.

“This award is recognition for the consistent Bulgarian support for the sovereignty, independence and the European perspective of Ukraine. It is a clear expression of sincere friendship between our countries and peoples,” Plevneliev said.

He said that the award was recognition for the more than 250 000 ethnic Bulgarians in Ukraine, which form the largest historic Bulgarian community abroad, and which is a bridge of friendship and co-operation between the two countries.

Plevneliev cited the cultural and historical ties between Bulgarians and Ukrainians over the centuries. In the 10th century, ecclesiastical and liturgical books from Bulgaria were distributed on the territory of modern Ukraine, and in 1918 the country was the first to recognise the independence of Ukraine. Ukrainians contributed to the freedom of Bulgaria in the “Battle of the Nations” in Varna in 1444, and during the Russo-Turkish War of 1877-1878.

He said that a serious violation of international law and the sovereignty of Ukraine today called into question national borders and international principles and returned Europe to the “wrong policy of division and spheres of influence”.

Plevneliev said that the goal of responsible policy is to modernize and educate, to make way for diplomacy rather than weapons. The point of such a policy is to empower citizens to build societies that are free and tolerant, he said.

Ahead of the ceremony, Plevneliev held talks with Ukrainian president Petro Poroshenko, said that the implementation of Ukraine’s European prospects would enable the achievement of lasting stability and sustainable economic growth.

Plevneliev’s confirmed Bulgaria’s support for Ukraine’s process of association with the EU and for it to move closer to Nato.

Bulgaria would continue to support the principled position of respect for the sovereignty, independence and territorial integrity of Ukraine, Plevneliev said, and called for a peaceful settlement of the conflict in the eastern part of the country.

“I do not recognize the results of the referendum in the Crimea and referenda on the self-proclaimed authorities in Donetsk and Lugansk,” he said and expressed support for Poroshenko’s efforts to reduce tensions in the conflict zones.

According to a statement by the Ukrainian president’s office, Poroshenko expressed gratitude to the President, government and people of Bulgaria for consistent and firm support for Ukraine’s sovereignty, territorial integrity and independence.

Poroshenko emphasised that sanctions against Russia must be continued until full implementation of the Minsk agreements.

The two presidents underlined the unacceptability of the illegal annexation of Crimea and human rights violation. They agreed to further co-ordinate joint actions in the international arena for the return of Crimea to Ukraine, Poroshenko’s office said.

Poroshenko briefed Plevneliev on the critical humanitarian situation on the peninsula.

Plevneliev and Poroshenko discussed ways to accelerate the introduction of the visa-free regime for Ukrainians by the EU that will significantly intensify tourist and business exchange.

“Crimea is Ukraine and Ukraine is Europe,” Plevneliev said, according to the Ukrainian’s president’s office.

“We cannot put up with the aggressive behaviour of Russia. We will struggle for Ukraine’s independence and sovereignty,” Plevneliev said.

He said that Bulgaria insisted on the immediate release of Nadiya Savchenko and other Ukrainians from Russian prisons. 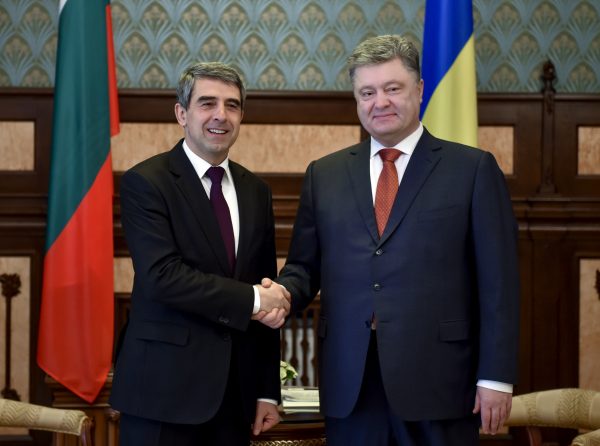 Plevneliev and Poroshenko praised the level of bilateral relations and mutual willingness to further develop them, noting in particular the restoration of flights between Kyiv and Sofia in December 2015 and a dynamic development of tourist sphere between the two countries.

The two presidents agreed on the participation of Bulgarian advisors in the implementation of economic reforms in Ukraine, the Ukrainian president’s office said. 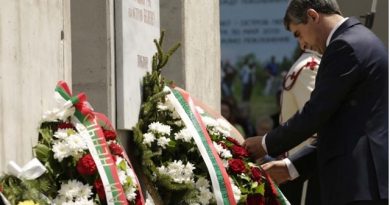