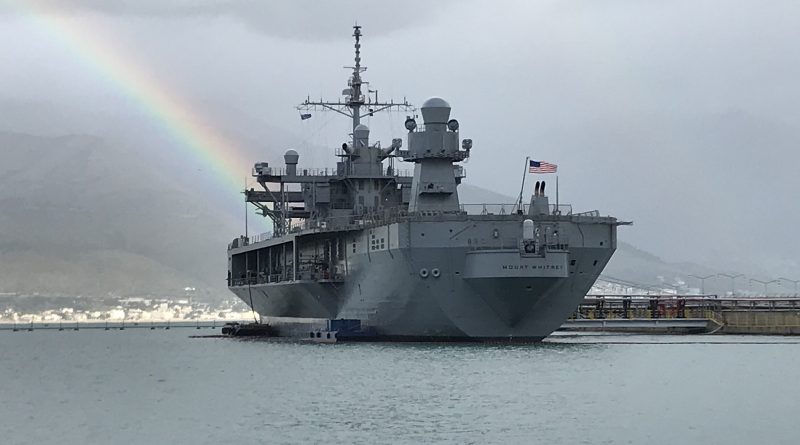 The United States’ Sixth Fleet’s command and control ship USS Mount Whitney has entered the Black Sea at the weekend, the second US warship to do so in as many days after the Arleigh Burke-class guided-missile destroyer USS Porter.

As part of these mission sets, the ship will operate in the Black Sea to participate in the Sea Breeze 2018 exercise in Ukraine. USS Porter, which arrived in the Ukrainian port of Odessa on July 8, was also scheduled to take part in the exercise.

“The USS Mount Whitney is excited to return to the Black Sea. We look forward to working with our partners in the region to build relationships that promote peace and economic stability in the region and the globe. Mount Whitney’s presence will assure our partners and allies of our commitment to maritime security and shared interests,” its commanding officer, Capt. Robert Aguilar, said.

Sea Breeze is an annual exercise held in the Black Sea, co-hosted by Ukraine and the United States. The exercise will focus on a variety of warfare areas including maritime interdiction operations, air defense, anti-submarine warfare, damage control tactics, search and rescue and amphibious warfare, the US Sixth Fleet said.

The US Navy routinely operates in the Black Sea consistent with the Montreux Convention and international law, the statement said.

Bulgarians vote on November 13 in second round of presidential elections