Bulgaria condemns in the strongest terms the bomb attack in Ankara that left 37 people dead and more than 100 injured, the Foreign Ministry in Sofia said on March 14 2016, noting that this was the third such attack in six months.

According to media reports, a car bomb tore through a crowded transport hub in the Kizilay district. There has been no claim of responsibility and Turkish officials said they expected to announce the results of the investigation into the blast on March 14.

No cause can legitimise such an inhuman act, Foreign Minister Daniel Mitov said, expressing his deepest condolences to the relatives of those killed and wish a successful recovery of the wounded.

Bulgaria was sympathetic to the anguish of Turkey, its neighbour and friend, which was continuing to see an escalating spiral of violence that undermines democracy.

“We are sure that the relevant authorities of the Republic of Turkey will make every effort to expose the organisers of this barbaric act,” Mitov said.

EU foreign policy chief Federica Mogherini and European Enlargement Commissioner Johannes Hahn, in a joint statement, condemned the attack, saying, “we express our strong solidarity and fullest sympathy with Turkey, its government and its people. We extend our deepest condolences to the families and friends of those killed in this terror attack and wish a speedy recovery to all injured.

“The European Union will continue to stand by all those who suffer from such violence. We reiterate our firm commitment to further step up international cooperation to fight the global threat of terrorism,” Mogherini and Hahn said.

In Washington, White House National Security Council spokesperson said that the US condemns in the strongest terms the terrorist attack in Ankara.

“Our thoughts and prayers go out to those killed and injured as well as to their loved ones.  This horrific act is only the most recent of many terrorist attacks perpetrated against the Turkish people.  The United States stands together with Turkey, a Nato ally and valued partner, as we confront the scourge of terrorism.”

United Nations Secretary-General Ban Ki-moon condemned the terrorist attack, sending condolences to the families of the victims, adding that the UN continues to support and stand in solidarity with the people and the government of Turkey at this trying time. 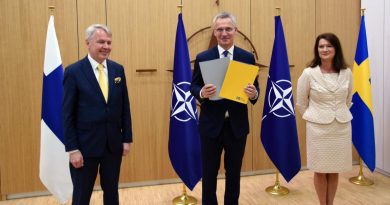