January 2016 saw Bulgarian exports to third countries – meaning, non-EU countries – increase by 6.34 per cent compared with January 2015, but the trade balance remained negative, according to the National Statistical Institute (NSI).

Among non-EU countries, Bulgaria’s main trading partners in January 2016 were Turkey, China, Egypt, the Republic of Macedonia, Serbia, the United States and Russia, which accounted for 56.1 per cent of the exports to non-EU countries.

Bulgarian imports from third countries in January 2016 decreased by 17.8 per cent compared to the corresponding month of 2015 and added up to 1.203 billion leva (at CIF prices). The largest amounts were reported for goods imported from the Russian Federation, Turkey, China and Ukraine. 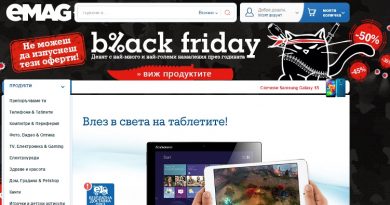 Bulgarian monthly inflation at 0.5% in August