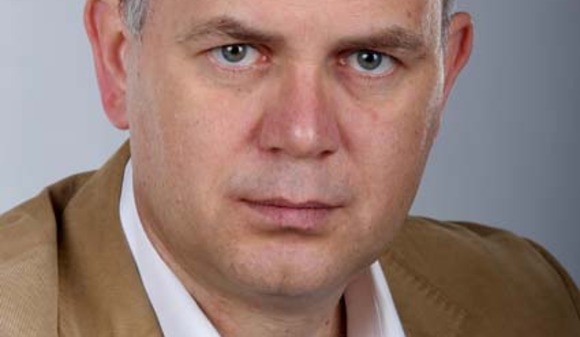 MP Georgi Kadiev, expelled from the Bulgarian Socialist Party in September 2015 for standing in the Sofia mayoral election against the official party candidate, announced on February 16 2016 his new political party, “Normal State”.

Kadiev was the BSP’s candidate for mayor of Sofia in 2009 and 2011, on both occasions losing to GERB candidate Yordanka Fandukova. In 2015, the BSP opted not to field Kadiev again but to nominate academic Mihail Mirchev.

In Sofia’s October 2015 mayoral election, Kadiev stood on a ticket of the Bulgarian Social Democrats and ABC, the latter the party led by Georgi Purvanov and that is a breakaway from the BSP. Kadiev got just less than six per cent of the vote as Fandukova won a first-round victory in a field of 21 candidates.

Kadiev said that “for us, the division in society already is not so much left versus right as much as it is honest versus dishonest, corrupt versus not corrupt – us against them”.

This was why the new party was called “Normal State” (“Нормална държава”) because this was what Bulgarians want and was what they lacked the most.

“We see an alloy between the government and the behind-the-scenes, that is destroying the country, like a building covered by mould that cannot just be painted over. Patch-up jobs do not work, historic compromises kill the state rather than help it,” Kadiev said.

He said that he was convinced that there would be ahead-of-term parliamentary elections and a decision on standing in the presidential elections – to be held in the autumn – would depend on the outcome of this vote.

Kadiev is the second Bulgarian politician from the parties of the 2013/14 former ruling axis of the BSP and the Movement for Rights and Freedoms to announce his own new party in the past week.

Lyutvi Mestan, the ousted former leader of the Movement for Rights and Freedoms, said on February 9 he was founding a new party to be called the Democrats for Responsibility, Freedom and Tolerance.

Mestan said in a television interview that the party would be a “liberal Euro-Atlantic project”.

The former MRF leader said that it was “wonderful” that the Bulgarian abbreviation for the name of the new party ( ДОСТ) – “dost” was a Turkish word for “friend”.

Since his expulsion from the MRF, Mestan sits among independent MPs. Five MPs from the MRF loyal to Mestan left the party with him in late 2015.