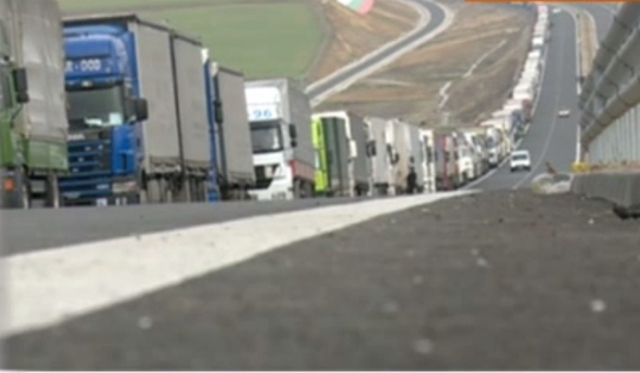 Bulgarian lorry drivers formed a human chain to block the Kulata – Promachonas crossing at the Greek-Bulgarian border on February 16 in retaliation for the blockade of the frontier by protesting Greek farmers.

Along with the Ilinden – Exochi border crossing, Kulata was one of two closed to lorries by the Greek farmers from 11pm on February 15, who let through only cars and buses. On the morning of February 16, Bulgaria’s Interior Ministry said that the other three Greek-Bulgarian border crossings were operating normally to allow the passage of all types of motor vehicles.

But later on the morning of February 16, Bulgarian counter-protesters blocked the Bulgarian side of Kulata – Promachonas, allowing no vehicles through, except those carrying ill people.

Reports from the scene, described as tense and where the police presence had been stepped up, said that the Bulgarian protesters had said that by the morning of February 17, all border crossings with Greece would be closed at the Bulgarian end.

On the afternoon of February 17, queues of lorries at the checkpoint reportedly had reached more than 12km. Border Police were limiting access to the area and about a km from the checkpoint, traffic police were stopping cars.

Bulgarian protesters demanded that European Commissioners come to the scene because, they said, it was obvious that arrangements between Greek and Bulgarian authorities about the passage of vehicles were not being kept to.

Vangel Vassilev, a Bulgarian member of the contact group, told Bulgarian National Radio, “our rights as European citizens are being violated”. He said that unless the Greeks removed their blockade, the Bulgarians would not remove theirs. 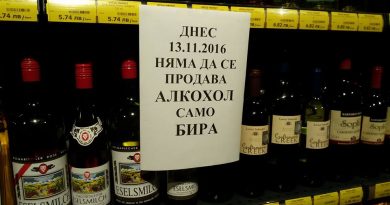