Tsvetanov declined to say whether the names included that of incumbent head of state President Rossen Plevneliev.

Plevneliev won the presidential election in 2011 in a second-round runoff as the candidate nominated by GERB. On January 21, at a news conference reviewing the past year of the presidency, Plevneliev declined to say whether he would make himself available for re-election.

Plevneliev, whose career was in the private sector before accepting the post of regional development minister in the Borissov cabinet of 2009, has had a key role in helping to guide the country through the political turbulence of 2013/14, twice having to name caretaker cabinets.

Tsvetanov, speaking in Veliko Turnovo on January 23 2016, said that it would be “futile” to disclose the names of people being discussed by GERB as the subject remains open.

He declined to say whether the name of Plevneliev was among the potential candidates, but said that Plevneliev had showed himself in his term of office to be open-minded, able to discus issues with all parties that showed responsibility towards the country, and Plevneliev had sought consensus in the making of important strategic decisions.

In other political news in Bulgaria on January 23:

Kanev said that the fragmented Reformist Bloc had failed to fulfil its political tasks, to remove Bulgaria from the deep political crisis in order to carry out deep reforms in the public sector and remove the mafia from the judicial system.

Addressing a national meeting of the DSB, Kanev, evaluating the year in which the party had been part of the government, said that there had been a particularly serious failure of governance in public finances.

He said that in order to ensure financing for municipalities and the state for European funds, the state would have to take more and more loans. A credit spiral was inevitable because this was the pattern of a government that did not know how to raise funds except through European funds, Kanev said.

Kanev said that in only three areas had great strides been made – health, foreign affairs and defence (three portfolios held by cabinet minister from the Reformist Bloc). There had been no progress in the administration, justice and social systems and the fight against the mafia.

A resolution approved at the DSB national meeting supported the decision to go into opposition, but the party will stay part of the Reformist Bloc parliamentary group. The DSB is open for dialogue with its partners and wants the bloc to indicate its acceptable limits for compromise under the current government.

The new right-wing project initiated by the DSB will be an alternative to what it described at the majority of GERB, the Movement for Rights and Freedoms and nationalist coalition ABC.

“We must ensure that the next president will exercise independent powers in the areas of justice, security, foreign policy and defense,” the DSB said.

The DSB said that it would nominate a candidate in Bulgaria’s presidential elections who would be an alternative to the collusive practices in these areas.

Mikov, elected party leader in 2014 after long-time leader Sergei Stanishev stepped down following the party’s latest election defeat, declined to say whether he would stand again in the leadership race.

The BSP was thrashed in Bulgaria’s October-November 2015 municipal and mayoral elections, but Mikov held on to the post in spite of calls from some quarters in the BSP for him to resign. 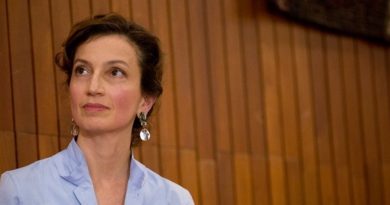 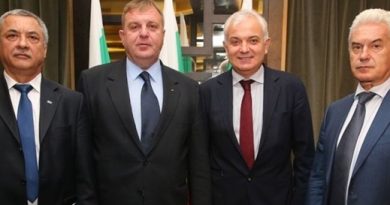