Voters in a large number of Bulgarian cities and towns are being called back to the ballot boxes on November 1 2015 to make their choices in run-off elections for mayors.

In accordance with Bulgarian electoral law, in places where a candidate failed to get more than 50 per cent of the vote at the first round on October 25, run-off elections are held. At the second round, whichever candidate gets the most votes, a simple majority, wins.

The largest city where a second-round election is being held on November 1 is Plovdiv, a contest between GERB’s candidate and incumbent mayor Ivan Totev and the candidate of the nationalist Patriotic Front, Slavcho Atanassov. Totev got 39.55 per cent of the vote at the first round and Atanassov 21.19 per cent. At the second round, most other centre-right and right-wing political forces eliminated at the first round have, formally or informally, endorsed Totev’s candidacy.

Among other large cities and towns, the contest is between a mayoral candidate nominated by GERB, versus a range of rivals, in some cases the Bulgarian Socialist Party, or candidates that are nominally independent or formally were nominated by local coalitions not using the names of national-level political parties or coalition.

One exception is Pleven, where the contest is between a candidate nominated by a coalition including the Reformist Bloc and nationalist VMRO, against a GERB candidate.

Among other of the 10 largest cities and towns, the contests in Sliven and in Shoumen are between GERB and the BSP, with the GERB candidate having won the most votes at the first round.

In Haskovo, the run-off is between the GERB candidate and the nominee of the Coalition for Haskovo.

In Vidin, the race is between the nominees, respectively, of the United for Change coalition and GERB.

In Vratsa, the run-off is between GERB and an independent. The BSP did not formally nominate a mayoral candidate.

Three out of the five largest cities are holding run-off elections for regional mayors.

While in Sofia, the mayoral election was won at first round by GERB’s Yordanka Fandukova, there are run-offs in 16 regional mayoral races. Most of these are GERB versus Reformist Bloc candidates.

In Varna, also the site of a first-round victory by GERB’s Ivan Portnih, there are three regional mayoral election run-offs.

In all six Plovdiv regional mayor elections, there are run-offs on November 1.

No run-off elections for regional mayors are being held in Bourgas and Rousse, cities that saw first-round victories across the board, from city to regional mayors, on October 25. 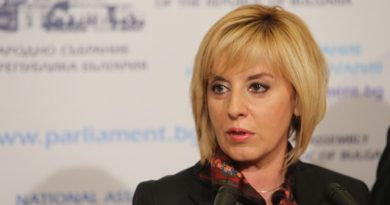