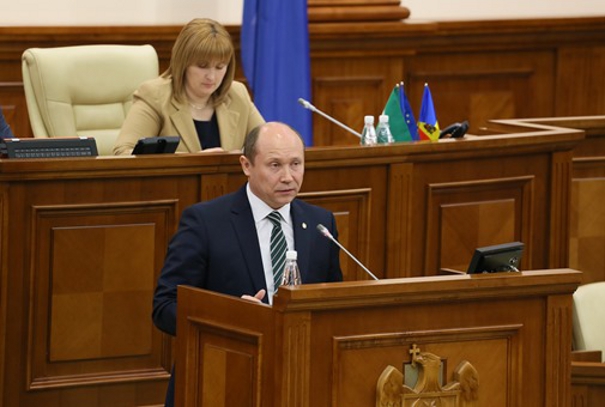 The future of Moldova’s pro-Western ruling coalition was put in doubt on October 29, when the cabinet of prime minister Valeriu Strelet was brought down by a motion of no confidence.

The vote in the unicameral parliament was backed by 65 out of 101 MPs, with the two main opposition parties – pro-Russian socialists and the communists – were joined by the Democratic party, which is part of the ruling coalition.

Afterwards, the Democrats said that their decision was not an indictment of Strelet personally, but a consequence of disagreements within the ruling coalition. Democrat leader Marian Lupu said that his party remained committed to the pro-EU coalition and was prepared to work together with Strelet in the future.

Strelet had been in office since July, replacing Chiril Gaburici, who resigned amid an investigation into allegations of document fraud after only four months on the job.

The vote also comes only two weeks after former prime minister Vlad Filat – leader of the Liberal-Democrat party, of which Strelet is also a member – was arrested as part of an investigation into the disappearance of about $1 billion from three local banks, a case that has weakened the pro-EU coalition in government.

Filat denied the charges against him and accused Vlad Plahotniuc, a wealthy businessman and deputy leader of the Democrat party, of orchestrating the proceedings.

Infighting among the three pro-EU parties, coupled with the bank embezzlement affair, have weakened the ruling coalition and provided more ammunition for the opposition socialists, who are demanding early elections and want to scrap the EU association agreement signed last year in favour of closer ties with Moscow.