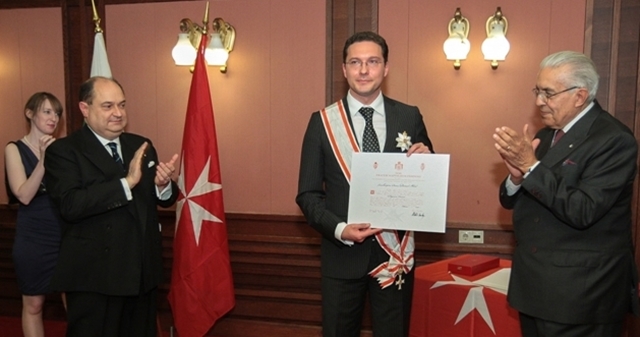 At a ceremony in Sofia on October 6, Bulgarian Foreign Minister Daniel Mitov was awarded the Sovereign Military Order of Malta’s Grand Cross of the Order Pro Merito Melitensi.

The award was conferred by the head of the Order’s foreign policy, Leoncini Bartoli, and the Order’s ambasador to Bulgaria, Camillo Zuccoli, on behalf of Grand Master Fra’ Matthew Festing.

Ambassador Zuccoli told Mitov, “this decoration is a tangible sign of our deep appreciation for your extraordinary political and diplomatic efforts that, from August 2014, see you as a constructive protagonist in Europe and worldwide”.

Zuccoli said that the international community, “I would rather say: ‘the human family'” – is currently facing a tragic emergency situation that raises dramatic challenges.

“The Order of Malta – as always since 10 centuries – is on the frontline, wherever possible with the heart and with the open hands to all those in need of help, and to all those that suffer in body and in spirit.”

He also expressed towards Bulgaria the Order’s gratitude for the intense and fruitful cooperation in the implementation of 372 humanitarian initiatives – such as hospitaller, social and educational activities, that the Order has accomplished in over 100 different locations around Bulgaria.

Ambassador Bartoli said that in the current uncertain political situation, the European integration of the Western Balkans, as Mitov had recently mentioned, was a major priority not only for Bulgaria, but also for all the countries, which are facing increasing – if not dramatic – difficulties in connection with the conflicts in the Middle East, enclosing the Mediterranean area and particularly the refugees problem, the migrant wave and human traffic.

“Bulgaria, as you declared, has already granted entry to a high number of refugees in comparison with its GDP. The Order of Malta also believes that it is most important in the European framework that member states show solidarity and share responsibilities.”

Bartoli said that the Sovereign Order of Malta takes an active role in providing and supporting refugees and migrants that flee from conflict zones trying to make a better life for them and their families. “Our order is present in some countries of origin like Iraq, Lebanon, and when possible through mobile clinics in Syria, as well as some African countries. We are also present on Italian coastguards ships providing medical services”.

He said that the Grand Chancellor of the Order of Malta believes that the first challenge for politicians is that there is no single solution. He thinks that it is necessary to decide on several practical steps and that governments must be aware that we will be faced with the influence of migrants for the foreseeable future, Bartoli said.

Mitov expressed his and Bulgaria’s gratitude for the high recognition that one of the largest and most efficient humanitarian organizations in the world had given Bulgaria for its international activities and its efforts to overcome conflicts in various regions of the planet that have tragic consequences for the millions of suffering people. 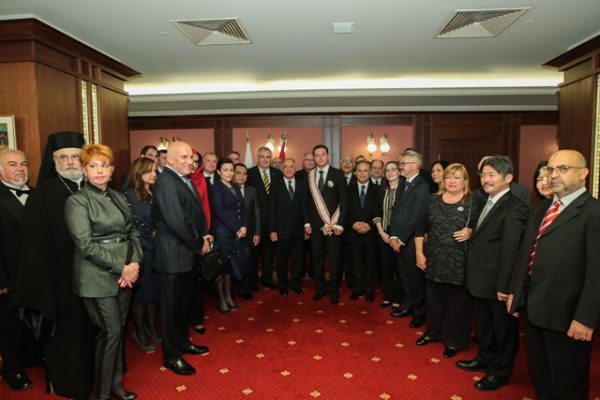 Among the 90 guests at the occasion were Deputy Prime Minister Ivailo Kalfin, Agriculture Minister Dessislava Taneva, the deputy ministers of foreign affairs and defence, the Apostolic Nuncio, Guido Pecorari, a large number of other ambassadors, senior representatives of the Bulgarian Orthodox Church and the Bulgarian Muslim community, other senior state officials, academics, and the media, including the publisher of The Sofia Globe, Clive Leviev-Sawyer. 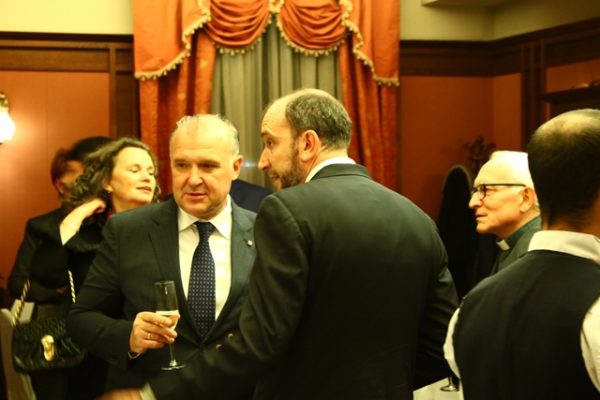 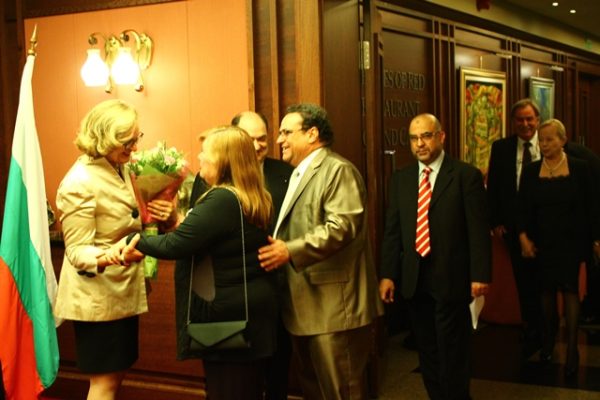 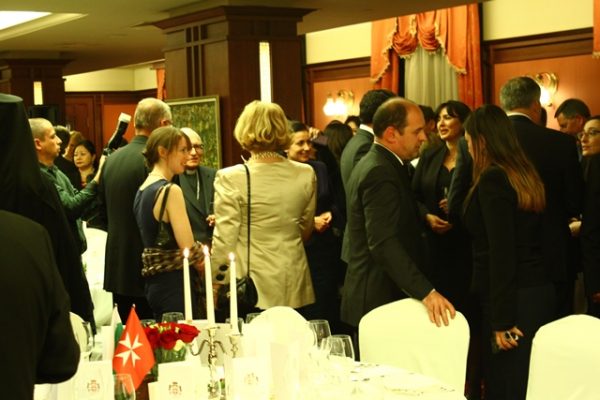 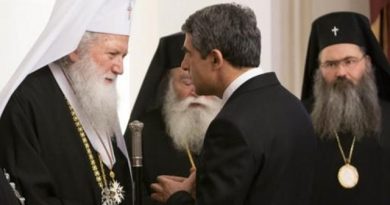 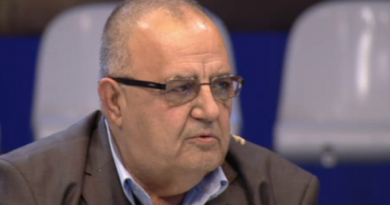 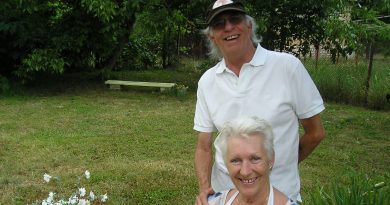