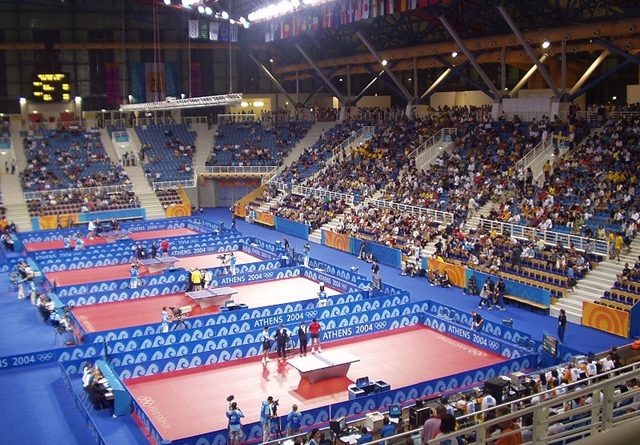 Greek authorities have opened a disused Olympic venue to house more than 400 migrants who have been camping out in Athens’ Victoria Square.

Police on Thursday escorted buses carrying the migrants, many from Syria and Afghanistan, to Galatsi Olympic Hall. The venue was home to table tennis and gymnastics competitions during the 2004 Olympics.

City officials have been trying to ease citizens’ concerns about the number of migrants camping out in the open in central Athens. Greece is on the front lines of the European migrant crisis and has been overwhelmed with people who travel across the Mediterranean Sea from the Middle East and Africa to seek better lives in the European Union.

Ban told meeting of 70 ministers at the General Assembly that “the future does not belong to those who seek to build walls or exploit fears.”

He stressed cooperation among all those who are struggling to cope with the crisis with all efforts focused on saving lives. Otherwise, Ban said “the winners will be smugglers, traffickers and unscrupulous employers. Those who lose will be the dispossessed, the hungry, the vulnerable, the defenseless, and the children.”

Opening the General Assembly earlier this week, Ban urged Europe to do more. He called on international community to tackle the source of the migrant problem — including the civil war in Syria and terrorism and instability in Afghanistan.

The world’s seven leading industrialized countries, along with Gulf states, have pledged $1.8 billion to U.N. aid agencies helping with the migrant crisis.

Separately, Japan announced it will give $810 million.