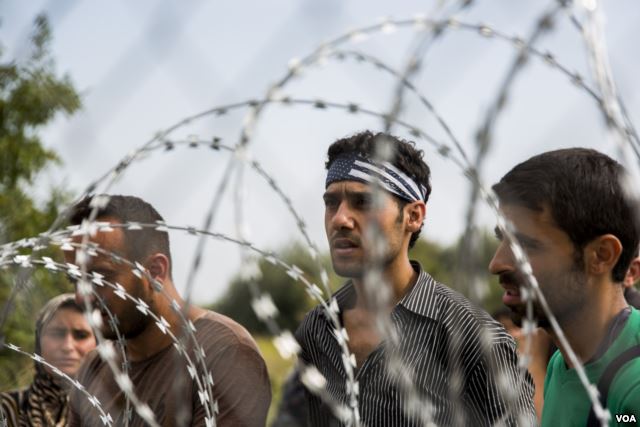 Europe is only now being forced to take seriously the refugee crisis that’s been roiling the Mideast and North Africa since civil conflict gathered pace with the Arab Spring fall of despots and the bid to topple others, like Syria’s Bashar al-Assad, who decided to hang on.

For years, Lebanon, Turkey and Jordan have been struggling to cope with a huge refugee influx that’s been straining their resources — and complaining vociferously about the insufficiency of aid from outside the region and about what they saw as an-out-of-sight-out-of-mind attitude by Western governments.

Weeks before photographs of a Syrian toddler drowned at sea prompted a political and media firestorm in the West, Turkish officials warned they were unable to cope with another major influx of refugees.

“Turkey has reached its total capacity for refugees. Now, there is talk that a new wave of refugees may emerge … and it would put the EU face to face with more migrants,” Turkey’s European Union Affairs minister, Volkan Bozkir, cautioned.

Now the problem is in plain sight for Europeans and one they can’t ignore. The continent has not seen such a dramatic movement of people since the ruinous Second World War.

More than 500,000 refugees from the Mideast, the Horn of Africa and Afghanistan, along with mainly economic migrants from sub-Saharan Africa, were detected at the EU’s borders between January and September this year, a twofold rise from all of 2014.

More than half — 53 percent — of the people who have arrived in Europe since January are from Syria, the United Nations reported Wednesday.

The overall numbers could be much higher, according to officials with the International Office of Migration — many escaping war or poverty slip into Europe unnoticed and avoid contact with authorities. How many is just conjecture, officials admit.

There isn’t much sympathy for Europe in Syria’s near neighbors — they feel vindicated with their warnings as each tipping point approached in the slowly unfolding tragedy that has set European governments squabbling and evoked for some memories of dark passages in the continent’s near history.

Far-right groups are inflaming nativist sentiment with their talk of a “Muslim invasion” — and there are reports from several European countries of a rise in anti-immigrant attacks and firebombings of migrant shelters.

So why has the crisis hit Europe now — why are the refugees and migrants coming in greater numbers?

Giving up on Syria

Overarching is the weariness of Syrians four years into their civil war and a gathering feeling among them — from refugees sheltering in Syria’s near neighbors to those still inside the war zones — that the conflict will continue for months and maybe years and that even postwar the situation will be grim, with few economic opportunities and regular flare-ups of sectarian-based violence likely. They also suspect that there is an increasing likelihood that Syria will no longer be one country.

“Syria is no more. The life that was there is finished,” said Mohammed, a 22-year-old Syrian student now in the southern Turkish town of Gaziantep. He, too, is planning to go to Europe.

He pointed to the rise of the Islamic State terror group as another factor encouraging a Syrian diaspora.

“Once the jihadists get their claws in, you never get rid of them — look at Iraq, Somalia,” he said.

Like an increasing number of other young men, he has no intention of fighting.

Rebel militias are finding it harder to persuade young men to enlist as fighters and more young Sunni Muslim men — especially from the middle-class families in pro-regime towns like the capital, Damascus — are fleeing the country to avoid military service in the face of more aggressive conscription by the authorities.

Others are fleeing from territory controlled by Islamic State extremists, who also try to press gang youngsters.

But for the war refugees, the prospects have dimmed of just remaining in Syria’s near neighbors, who are hosting more than 5 million of them.

A series of tipping points have come, with Lebanon and Turkey making life more untenable for the refugees with ever more onerous restrictions being imposed on them — from regulatory obstacles blocking all but the very wealthy from starting businesses in Lebanon to a work prohibition in Turkey, making it all but impossible for Syrians, and Iraqi refugees who are coming in increasing numbers, to consider settling.

“We are not going to be like the Palestinians in Lebanon, languishing in camps for decades and being denied basic civil rights,” said Mahmoud, a 23-year-old refugee from Aleppo, who is planning his journey to Europe. “People don’t understand that Syrians had a good life before the war. We want that again.”

One of the noticeable traits of the Syrians arriving in Europe is that they are far more likely to come from well-educated and professional backgrounds than refugees from African countries like Eritrea or from Afghanistan, say migration experts.

According to Eda Bekçi, head of the Association of Solidarity With Refugees, which has been helping refugees in the Turkish port city of Izmir, Syrians with a high level of education and who are relatively wealthy make up the majority of Europe-bound refugees.

Bekçi told Turkey’s Anadolu Agency, a government-owned news outlet, that there are two main types of Syrian refugees: middle-class refugees from Damascus or larger towns who have only just left Syria and are transiting Turkey on their way to try to reach Europe, and the more rural, less-educated refugees who left Syria early on in the war.

The latter are more likely to remain in Turkey — or Lebanon and Jordan — feeling culturally closer to Syria’s near neighbors. But she noted that they, too, increasingly appear to be giving up on Syria.

“They believe they can’t return to Syria anymore and Syria will not be the same even if they are able to return after the war ends,” she said.

For either group, life in the camps or outside them has gotten harsher. With each successive cutback from the United Nations’ relief agencies in the assistance they can offer — they face a massive 40 percent shortfall in the funding needed from donor countries — a series of tipping points have cascaded.

Political instability in southern Turkey and the resumption of war between Ankara and Kurdish separatists is also driving the surge of Syrians heading for Europe, refugees say.

And each refugee wave gets stronger. That is in part due to better organization by the refugees themselves, who pass on tips about how to make perilous sea crossings to Europe from Turkey and Libya on social media sites; and because of the rising participation in the crisis of organized crime groups, who can now earn from refugees the big bucks they make out of trafficking in drugs and guns.

Another driver of the recent surge may well have been Germany’s pledge to take in tens of thousands of asylum-seekers. Now the Germans, along with the Swedes, are being urged to scale back their friendly refugee policies by other European governments, with some of the most influential leaders on the continent maintaining that the promise of resettlement is acting as an incentive for Syrians and others to make a break for Europe.

Britain’s David Cameron has argued that refugees should be selected to come to Europe from refugee camps in Syria’s near neighbors to shape a more orderly and controlled process.

But that would exclude Syrians in Lebanon, where there are no official camps, and migration experts say with the huge numbers involved it wouldn’t solve the anarchy of flight — those fleeing wars are just too desperate to wait for cumbersome bureaucracy.​

(Main photo: Confusion rampant among migrants who got to the Hungarian border from Serbia, only to find a four-meter-high fence blocking their way, Sept. 15, 2015. A. Tanzeem/VOA) 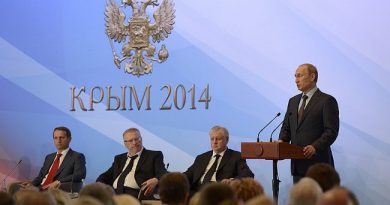