Opposition Hungarian lawmakers and former senior officials say the country’s populist, right-wing government may use the broad, executive powers granted to deal with the migrant crisis as a pretext to erode the rule of law and crack down on its political rivals.

On Friday, Hungary again extended a state of emergency, putting six counties along its southern border with Serbia and Croatia – or about one-third of the country – under a series of tough, new laws that have seen authorities militarize the frontier, deploy armed troops and enhance their control over public institutions and roads.

A controversial provision that would have allowed police to search private homes suspected of harboring migrants was dropped at the last minute.

These developments are not surprising, said Attila Ara-Kovacs, a journalist and senior member of Hungary’s opposition Democratic Coalition Party.

“By early February, the government had received information from diplomatic and intelligence sources in Greece and Turkey that the movement of refugees would become a huge problem,” Ara-Kovacs said.

“The government of Hungary went out of its way to respect the rules governing the Schengen Zone. None of the [emergency measures affect] civil society or the domestic political opposition,” she said.

Not everyone is convinced.

“So, then ideas like searching houses without a warrant come up – once you allow democracy to slide, you don’t know when it will stop,” said Andras Simonyi, who directs the Center for Transatlantic Relations at the Johns Hopkins School of Advanced International Studies in Washington D.C.

“Suddenly, you find yourself in a semi-democracy, then a dictatorship,” said Simonyi, who previously served as Hungary’s ambassador to NATO under Orban and to the United States under a Socialist-led government.

Earlier this week, Hungarian riot police fired tear gas and water cannons at hundreds of migrants as they attempted to breach a border crossing with Serbia.

A 175-km fence and two “transit zones” with detention centers were set up to prevent migrants from moving into the country. The government is extending the razor wire barrier to Hungary’s border with Croatia and plans to reinforce the border with Romania as well.

The use of force and other steps designed to keep out asylum seekers drew quick condemnation from the Serbian and Croatian governments, the United Nations and refugee advocates who questioned whether Hungary was violating international law.

“I am appalled at the callous, and in some cases illegal, actions of the Hungarian authorities in recent days, which include denying entry to, arresting, summarily rejecting and returning refugees, using disproportionate force on migrants and refugees, as well as reportedly assaulting journalists and seizing video documentation,” the United Nations human rights chief, Zeid Ra’ad al-Hussein, said Thursday in Geneva.

As the migrant influx into Hungary began to swell earlier this year, government-sponsored billboards, posters and newspaper ads appeared with messages like, “if you come to Hungary, you must respect our culture.” The ads were in Hungarian, a language unintelligible to the migrants, the majority of whom come from Syria, Afghanistan and Kosovo.

The government then mailed a 12-point questionnaire entitled “A National Consultation on Immigration and Terrorism” to over 8 million households in May.

“The immigrants are only tools – Orban’s real goal is to scare the population,” Ara-Kovacs said, adding that the campaign plays well to the far-right Jobbik Party, a powerful voting bloc that Fidesz needs to keep its veto-proof parliamentary majority.

Most of the migrants are attempting to reach Germany and other, wealthier European nations with more receptive asylum policies.

Orban, who has insisted Hungary’s traditional Christian values would be threatened by accepting large numbers of Muslims, has been criticized by EU leaders and rights groups for what they say are grossly inadequate responses to house, feed and process the thousands of arriving migrants.

“The prime minister wants to provoke physical conflict from refugees, foster the belief that they are dangerous, and that Hungarians need his protection,” said Balint Magyar, a sociologist and former minister of education.

“This cynical game is useful for him – but it only works because everyone sees the EU is incompetent and unable to handle the situation,” said Magyar, one of Hungary’s leading liberals and a former anti-communist dissident.

A German-led diplomatic effort to address the crisis by distributing migrants through a bloc-wide quota system has sputtered, with EU members including Hungary, the Czech Republic, Slovakia and Poland rejecting the plan.

Meanwhile, xenophobia appears to be mounting among Hungarians, 76 percent of whom would not allow Arabic-speakers to settle in the country, according to an April 2015 Tárki poll.

“Hungarians are worried that Orban is the only one on the playing field dealing with the situation, and don’t necessarily like the confrontational way he is going about it. But people are asking, ‘where is the alternative, where is the opposition?’” said Simonyi.

At least one opposition leader, former Socialist prime minister Ferenc Gyurcsany, has been hosting groups of refugees at his family home on a nightly basis, part of an initiative set up by a local volunteer group.

On Sunday, his Democratic Coalition Party organized a pro-immigrant rally in Budapest where more than 1,000 people showed up.

But many opposition parties are hamstrung because large numbers of their constituents also have anti-immigrant views, Magyar said.

Hungarian officials have denied such feeling is on the rise, or that they are trying to foster it. Szemerkenyi went one step further, asserting that the government has stepped up to assist incoming refugees.

“Hungary has provided a far larger share of its GDP to help migrants than most other countries and gone out of its way to do what it can, but under the continuous and uncontrolled flow, no country has been able to provide the facilities of an ideal world,” she said.

Still, in a possible sign of nervousness within the government, Defense Minister Csaba Hende resigned last week after Orban criticized him over the pace at which the army is helping to build the fence along the southern border.

But Hende may have had other misgivings, said a former senior official who requested anonymity.

“Hungary’s general staff does not agree with using the army in the crisis and many diplomats are seriously concerned with how this is affecting Hungary’s image,” the official said.

In the past, Orban’s Fidesz-led government has ignored EU and other Western criticism while using its supermajority to amend the constitution and push through laws giving the ruling party sweeping powers over the judiciary, the media, churches and the central bank.

“There’s reason to be worried that Hungary’s international image will be seriously and lastingly damaged by the incessant flow of negative news about Orban’s handling of the crisis, including the treatment of refugees,” Simonyi said.

“This could have very negative consequences for the country,” he added. 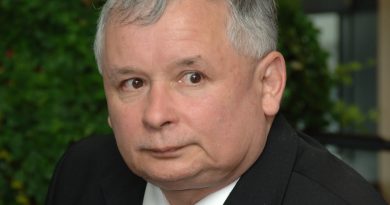 War of words between Poland and UK continues