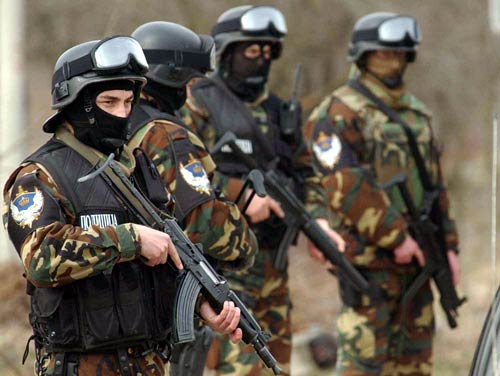 The United States has condemned the April 27 attack on a police station in Bosnia that left a police officer dead.

In a State Department briefing, the U.S. called on relevant agencies Tuesday “to conduct a thorough and professional investigation” of the incident and to take all necessary measures so that the “situation is not politicized.”

A State Department spokesman expressed support for the authorities of the Bosnian Serb federation (Republika Srpska) in “their efforts to fight threats to security, as they work to maintain public order.”

He said the U.S. extends its deepest sympathy to the family of Dragan Djuric, who was killed in the attack; to the police officers who were injured, as well as other employees of the police station; and to the citizens of the city.

A gunman, who appeared to be a radicalized Bosnian Muslim, stormed into a police station Monday evening shouting in Arabic “Allahu akbar” (“God is great”), and opened fire, killing Djuric and wounding two other officers, before being shot dead.

The killing prompted the Bosnian Serb leader on Tuesday to renew calls for independence from the federation created in 1995 by a U.S.-brokered peace agreement reached in Dayton, Ohio.

Dodik also said that the country’s central institutions are “useless” and Bosnian Serbs should form their own intelligence service.

On Tuesday, Bosnian police arrested two men in Zvornik with suspected links to the assailant, identified as 24-year-old Nerdin Ibric.

One of the suspects taken into custody Tuesday is known to police and has been questioned in the past for possible ties to jihadists in Syria and recruitment efforts for the Islamic State, according to Bosnian officials.

U.S. officials have expressed concern regarding the rise of violent extremism and IS recruitment in Bosnia. 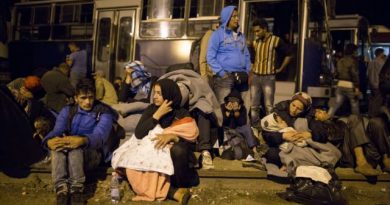