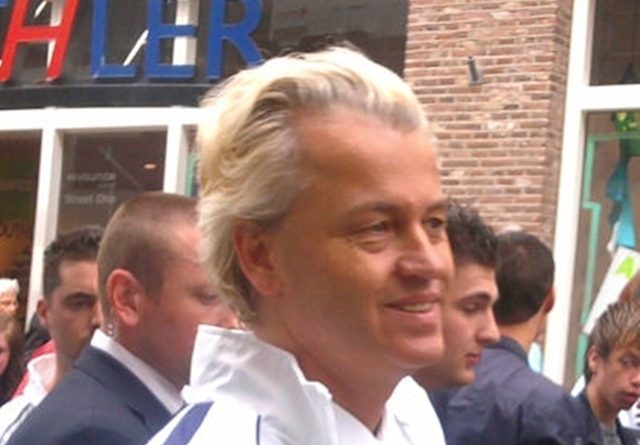 Mustafa, a Syrian Kurd from the border town of Kobani and father of seven, is planning to join thousands of other refugees from Syria making the perilous journey to Europe. Within days he will say goodbye to his family, hoping that if he makes it safely to Germany, he eventually will be able to arrange for them to join him legally.

His eldest daughter, a 22-year-old, has been pleading with him to let her accompany him, not wanting him to endure the risks of flight alone. But already fearful of the dangers for himself of traveling to Europe from southern Turkey, he has refused her entreaties. “She wants to come,” he says.

“I will be lonely in Germany without any of my family with me — but I worry about taking her on such a trip,” he adds.

Mustafa is not unusual among the refugee fathers, husbands and sons placing their lives in the hands of people smugglers and making the short, but dangerous, sea crossing alone from Turkey to Greece, and then enduring a long and uncertain slog on land up through the Balkans or Hungary via Austria to Germany. He has been watching the television news showing Hungarian and Macedonian border guards beating refugees, and has heard stories from relatives who have made it to Europe of running the gauntlet of brutal traffickers and getting robbed on the road.

The images and stories have confirmed his view that the trip is not one his daughter should share.

According to the U.N. refugee agency, the majority of those from the Mideast streaming into Europe are men, prompting some anti-immigrant and anti-Islam campaigners to argue that the continent is not facing a simple refugee crisis, but a migration designed to Islamize Europe. As far as they are concerned, the gender imbalance is highly incriminating — they ask where are the women?

At far right rallies in Germany, that imbalance is highlighted by anti-immigrant speakers and protesters alike as clear evidence that the migration crisis in Europe is a jihadist plot that will end up changing the face of European culture.

An anti-immigrant banner stretched across a highway bridge at the weekend in Germany read: “Your children will pray to Allah or will all DIE!”

Far-right Dutch politician Geert Wilders has labeled the crisis an “Islamic invasion,” warning that the “security, culture and identity” of Europe is under threat from the asylum seekers. Last week during a raucous debate in the Dutch parliament, he conjured up a picture of “young men with beards singing ‘Allahu Akbar’ across Europe.”

The charge has been echoed by one of the most controversial anti-Islam campaigners in the U.S., Pamela Geller. Writing on her blog, Geller maintained: “This al hijrah [migration) is a Muslim invasion. Europe [and the U.S. under Obama] are importing jihad.”

But rights groups, immigrant advocates and war refugees themselves say this rhetoric is designed to inflame nativist fears of the continent being overrun, and exploits concerns about the long-term consequences for their countries.

Rights groups say there are very good reasons that men are a higher proportion of those entering Europe illegally, and it has nothing to do with jihad.

The journey’s dangers with the risk of drowning at sea while crossing on overcrowded boats persuades many male refugees to leave women behind. More than 2,600 migrants and refugees have drowned in the Mediterranean this year alone, trying to reach Greece or Italy, the International Organization for Migration says.

“Many men who go by themselves who we’ve spoken to say that they want to go ahead, that they do not want to risk the dangerous journeys for their wives or families,” says Gauri Van Gulik, Amnesty International’s deputy Europe director. They plan to arrange family reunions once they have been settled.

But she cautions against accepting the statistics at face value and adds that the gender imbalance may not be so pronounced. More than 500,000 migrants were detected at the EU’s borders between January and September, compared to 280,000 detections for the whole of last year. That 500,000 figure is an estimate by international agencies such as IOM.  It does not include the many who enter Europe undetected.

And there is a time lag on the data that is shared by European Union member states with the European border agency FRONTEX, whose data is also used by other international agencies.

Van Gulik says, “This is a very diverse group of people. There are families, single men, kids on their own.” The conflicts raging in Syria and Afghanistan, and abuses in Eritrea, are major drivers of the migration.

Many men are leaving to avoid being drafted into the Syrian army, if they live in areas controlled by the Assad regime. Young men have to decide before they reach military age either to leave or learn to kill or be ready to be killed. Others fear being pressured to join a rebel militia, if they live in insurgent-held provinces.

The far right rhetoric and the migration crisis is fueling a dramatic jump in violent attacks on immigrants in some countries. In Germany, there has been a fourfold rise in attacks and fire-bombings on refugee centers — 306 this year so far alone. And 2014 saw a three-fold increase, according to German officials. They say it remains unclear whether the assailants are angry locals or members of Neo-Nazi and far right groups mounting highly organized attacks. 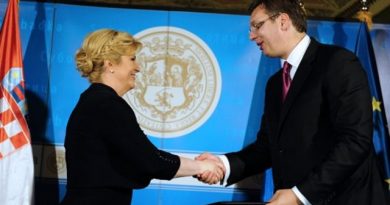 Tensions in the Serbia-Croatia-Montenegro triangle