Bulgarian archaeologists working at a site near the village of Mursalevo along the route of the construction of the Struma motorway have found a Roman villa believed to date from the time of Constantine the Great.

Constantine was emperor from 306 to 337CE. Born in Nissium (today’s Nis), he said to have described Serdica, today’s Bulgarian capital Sofia, as “my Rome”. Constantine, however, built Byzantium into the new capital, renamed Constantinople. He is revered by Orthodox and some other Christian denominations as a saint.

News of the finding of the villa at Mursalevo comes a few days after the announcement of the finding of a prehistoric settlement, said to date back 8000 years, which featured planned streets and what were believed to have been double-storey houses.

The finding of the villa is the 18th in the area which is of great historical significance – but the villa may end up beneath the highway, which is to link Sofia to the Greek border, once the motorway construction is completed.

The villa is situated on 3000 sq m, and has seven rooms with a large room for receiving guests.

Archaeologists found four outbuildings, with storage for agricultural produce. There are rooms where slaves lived.

However, reports said, it was probable that for the motorway to go through, the villa would again be buried. An option was for the construction of a replica as an open-air museum.

A report by Bulgarian National Television on May 20 said that other finds at Mursalevo had included cult sculptures, fragments of various artefacts and household items.

Archaeologist were adamant that the work would be completed according to the current schedule by the end of June.The excavations would not prevent or delay the construction of lot 2 (from Dupnitsa to Blagoevgrad) of the Struma Motorway. 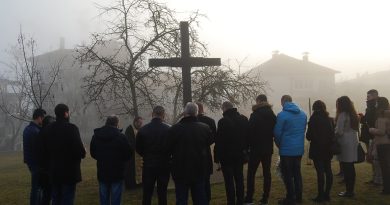