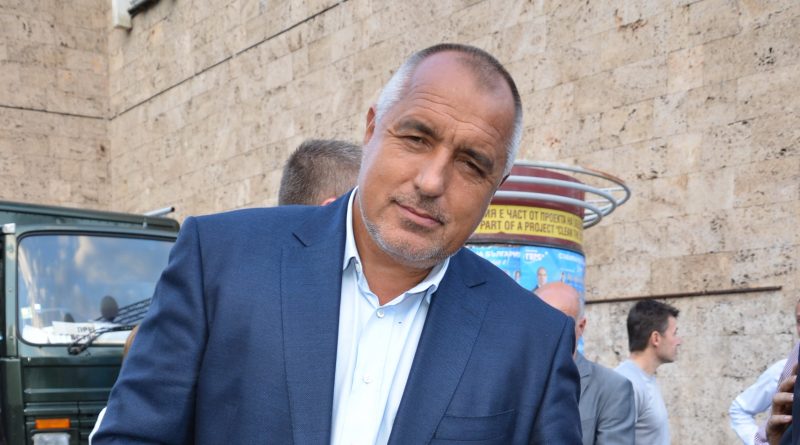 Bulgarian Prime Minister Boiko Borissov is the country’s only politician whose approval rating has risen since he and his centre-right GERB party returned to power in November, according to the results of a poll by Alpha Research, released on April 20 2015.

However, GERB has shed support slightly, although it remains the party with the strongest support by far.

Were national parliamentary elections to be held immediately, GERB would get 22.4 per cent of the vote, with the Bulgarian Socialist Party trailing at 10.2 per cent, a 1.2 per cent decrease in support for the BSP.

The Movement for Rights and Freedoms remains the party with the third-largest support, at seven per cent, followed by the centre-right Reformist Bloc coalition, at 5.8 per cent (a decrease of 0.7 per cent), the nationalist Patriotic Front coalition at 5.7 per cent (a 0.6 per cent increase).

Below the four per cent threshold for seats in Parliament were Volen Siderov’s far-right ultra-nationalist party Ataka (3.1 per cent, a 0.5 per cent increase) and Georgi Purvanov’s socialist breakaway party ABC (2.2 per cent). However, trends in recent elections have been that parties seen in polls as just below the treshold for seats tend to get in after results are finalised.

But completely politically flatlining is Bulgaria Without Censorship, the party initially formed around former talk show host Nikolai Barekov, seen as having just one per cent support.

Alpha Research said that its poll showed a number of significant trends, including limited public support for the activities of the state institutions. Confidence in the President (25.6 per cent), government (22.7 per cent), Parliament (10.6 per cent) and the Prosecutor-General (11 per cent) had remained the same or decreased by one to two per cent since the previous poll in January 2015.

Among cabinet ministers, the Alpha Research April poll found Regional Development and Public Works Minister Liliana Pavlova to be the most popular (at 26.3 per cent), followed by Health Minister Petar Moskov (24.3 per cent).

Confidence in ABC leader Purvanov had fallen from 23 to 20 per cent and in BSP leader Mihail Mikov from 14 to 13 per cent. Fifty-four per cent of BSP supporters said that they supported Mikov.

Reformist Bloc leaders had seen their approval ratings unchanged, with Radan Kanev and Meglena Kouneva at 14 per cent and Bozhidar Loukarski at nine per cent.

Alpha Research said that support for the leadership of the Borissov coalition government and the lack of an alternative government determined the significant electoral support for GERB over other political forces.

The overall conclusion of the results of the poll is that only in the centre-right of Bulgaria’s political spectrum is there consolidated support. Elsewhere, support for parties and leaders is highly fragmented, which militates against mobilisation of the public, in spite of continued high levels of dissatisfaction with the performance of state institutions and economic situation in the country.

Against this background, the potential risk would come mainly from the expansion of niche radical populist projects exploiting the internal or external uncertainty, the pollsters said.

Expectations for reforms and the lack of tangible results in the most problematic areas enhance public criticism, and among the reasons for the slow pace of change the one growing most rapidly in popularity is that there is no desire and political will to implement change.

As of early April, the government manages to keep the confidence level from the beginning of the year (23 per cent), but negative scores have increased by 36 per cent to 40 per cent.

The Borissov government elected to power in November 2014 consists of a GERB-Reformist Bloc cabinet with participation in and support from ABC, and support in Parliament – without seats in cabinet – from the Patriotic Front.