Bulgaria’s Finance Minister Vladislav Goranov said on March 27 that he was “hopeful” that a new governor of the Bulgarian National Bank (BNB) could be appointed by the end of next month.

Goranov confirmed the media reports, which appeared earlier in the day, that the Finance Ministry was sounding out two Bulgarian employees of the International Monetary Fund as potential replacements for incumbent BNB governor Ivan Iskrov.

He said that both Dimitar Radev and Nikolai Georgiev – the duo named by mass-circulation daily 24 Chasa – were good candidates, but said that talks with other potential candidates were also under way. Georgiev is head of the IMF mission to Ukraine and Radev was described by the 24 Chasa report as the head of a technical assistance mission working in the Eastern Europe, Central Asia, Middle East and Africa region.

“It is an important enough topic that we should dedicate sufficient time to research the nominees, since Bulgaria does not, unfortunately, have an endless supply of people for this position. We are in talks with several people and as soon as we have a coordinated position with our partners, and perhaps even the opposition parties, we will submit the nomination to the National Assembly,” Goranov was quoted as saying by Bulgarian National Radio.

He said that none of the potential nominees was a current MP.

Iskrov has repeatedly come under fire for the central bank’s handling of the Corporate Commercial Bank crisis. Last year, he offered to resign his position “as soon as Parliament appoints a successor”, repeating that offer earlier this week.

But Bulgaria’s central bank law gives clear guidelines for when the appointment process of the new BNB governor can start – three months before the incumbent’s term expires, meaning that the soonest Parliament can do so is July, given that Iskrov’s second term ends in October.

Iskrov’s previous appointment, in 2009, ran into this very problem, as he was voted by an outgoing legislature more than four months in advance, with the new GERB government making clear that it intended to undo the appointment. He resigned and was voted by Parliament a second time, with Prime Minister Boiko Borissov nominating Iskrov again. Borissov said recently that he did so at the time in order to “avoid rocking the boat” as the global financial crisis was unfolding.

The only way Parliament could start the process early is if Iskrov resigns, but he has been reluctant to do so, saying that he did not want to leave the central bank without any leadership while MPs were considering potential replacements. 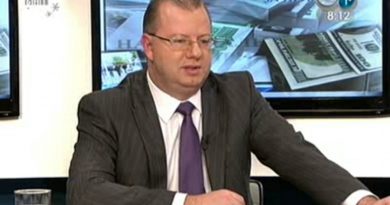 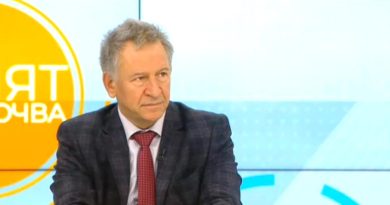