The Sofia Appellate Court ruled on February 25 to uphold a May 2014 ruling by the Sofia City Court that acquitted former interior minister Tsvetan Tsvetanov on charges of embezzlement.

Prosecutors argued that Tsvetanov broke the law by authorising the payment of 50 000 leva as retirement benefits for Orlin Todorov, the former head of the Veliko Turnovo unit of the interior ministry’s chief directorate for combatting organised crime (CDCOC), despite Todorov being under arrest and investigation.

Tsvetanov was interior minister between 2009 and 2013. After leaving office, he was indicted in three separate cases on charges of embezzlement, failing to exercise oversight over the use wiretaps by the Interior Ministry, as well as failing to comply with a court order to wiretap a suspect ­– namely the same Orlin Todorov.

All three lawsuits have been ruled on by the lower court, which acquitted Tsvetanov on the charges of failure to exercise oversight over the use wiretaps by the Interior Ministry and the embezzlement accusations, but sentenced the former minister to four years in jail for failing to authorise covert surveillance in the investigation of Todorov.

The appeals court has upheld the four-year sentence given to Tsvetanov in a ruling earlier this month, while the verdict in the third lawsuit – on eavesdropping charges – will not be appealed by prosecutors because recent legislative changes removed the legal grounds for prosecuting him.

(Tsvetan Tsvetanov photo by Council of the EU) 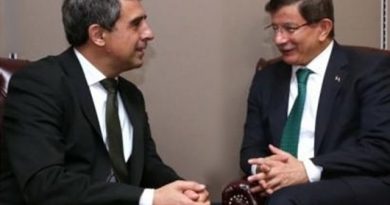