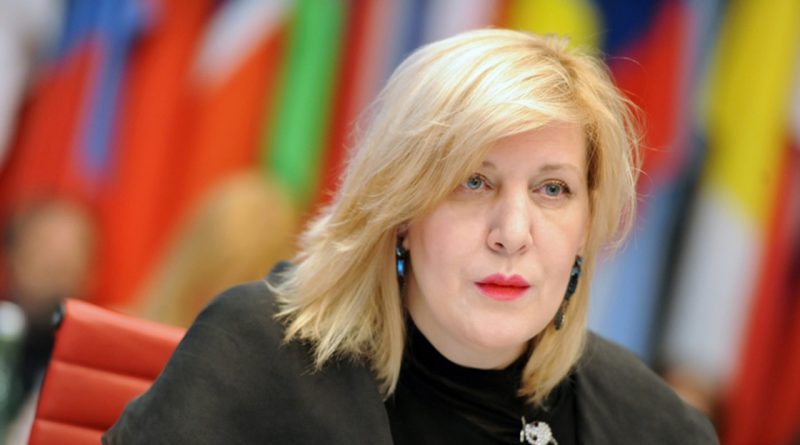 Council of Europe Commissioner for Human Rights Dunja Mijatović said in a statement on September 3 that she was concerned at numerous reports of violence by Bulgarian police against journalists covering demonstrations in Sofia.

Mijatović issued the statement a day after a night of violent clashes between police and some participants in anti-government protests in the Bulgarian capital city. Incidents included police assaulting journalists and arresting one in spite of him showing media credentials.

“Several journalists were reportedly beaten up and pepper sprayed when riot police clashed with demonstrators yesterday in Sofia. One journalist was reportedly detained for hours and others had their professional equipment damaged, Mijatović said.

Violence against journalists, especially at the hands of state agents, is contrary to states’ duty to uphold press freedom and to protect the safety of journalists, she said.

“I therefore call on the Bulgarian authorities to effectively investigate all reported cases of attacks against journalists and punish the police officers responsible for such unacceptable behaviour. It is also urgent to give clear instructions to police officers to respect press freedom and allow journalists and media professionals to cover demonstrations safely.”

The actions against journalists also were condemned by the Association of European Journalists-Bulgaria, statutory broadcast media regulator the Council for Electronic Media, and the Union of Bulgarian Journalists.

Bulgarian National Radio reported European Commission spokesperson Christian Wiegand as saying on September 3 that the use of force by police during protests must be exercised in proportion to the actions of the protesters.

“The Commission is aware of the protests in Bulgaria and is continuing to monitor the situation closely. We have always made it clear that peaceful demonstrations are a fundamental right in any democracy and we support that. Force must be applied in proportion to the actions of the protesters,” BNR reported Wiegand as saying. 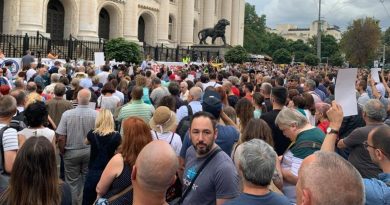