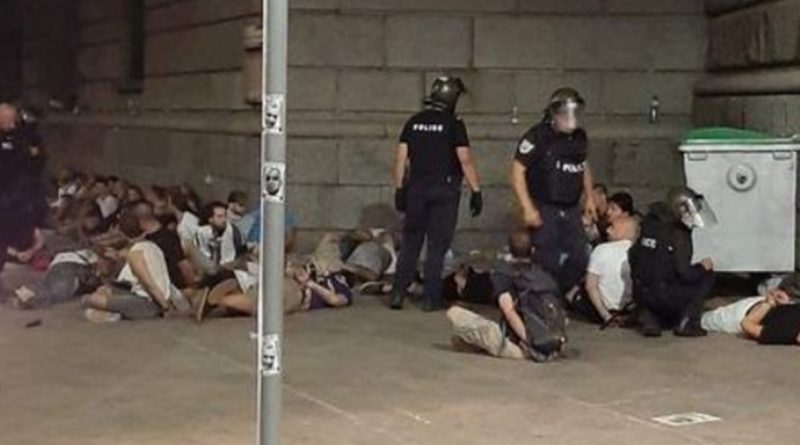 Media associations in Bulgaria have condemned assaults and teargassing of journalists by police during the September 2 “grand national uprising” protests in the country’s capital city Sofia.

The incidents took place on the 56th consecutive day of protests demanding the resignation of Prime Minister Boiko Borissov’s government and of Prosecutor-General Ivan Geshev, and the holding of early parliamentary elections.

The Association of European Journalists in Bulgaria said in a statement on April 3 that it condemned the attack by police on a Bulgarian journalist covering the anti-government protests on Wednesday in Sofia.

Dimiter Kenarov, a freelance journalist and writer, was briefly detained and beaten up by police late in the evening when tensions between protesters and police escalated, the AEJ-Bulgaria said.

He said that while he identified himself as a reporter multiple times, police dragged him across the pavement and handcuffed him. Moreover, he was wearing a mask marked “PRESS” and he showed the police his press card. Officers ignored his pleas that he could not breathe and brutally kicked him in the head, the AEJ-Bulgaria statement said.

Kenarov was kept handcuffed for hours before being taken to a police station. He was released at about 4.30am on September 3. He had injuries to his face and head, the statement said.

At least one other journalist has been a victim of police violence, the AEJ-Bulgaria said. Officers hit Nikolay Doychinov, Sofia-based photojournalist for Agence France-Presse, in the back with batons and damaged his camera.

Earlier on September 2, several journalists and television crews were pepper sprayed when clashes  between riot police and protesters broke out. Nikolai Minkov, a reporter for Bulgarian National Television, the public broadcaster, fainted in the morning after he had been gassed.

“Police violence against journalists documenting protests in the country is unacceptable. We call on authorities not to target journalists who are covering the protest and ensure that they could fulfil their professional duties freely and safely. The Association of European Journalists in Bulgaria will continue to monitor excessive use of force by the police during the demonstrations,” the statement said.

Bulgaria’s statutory broadcast media regulator the Council for Electronic Media (CEM) said that it condemns any violence that violates human rights and freedoms.

“Journalists are the eyes and ears of civil society, and any attempt to trample or injure them is an attack on freedom of speech. Violence is not an argument, but powerlessness in the face of free speech,” CEM said.

The Union of Bulgarian Journalists said that it strongly condemns the violence used against citizens and journalists during the September 2 protests. Union head Snezhana Todorova said that that violence is absolutely unacceptable and incompatible with democratic norms.

The union said that it rejects attempts to shift the blame for the violence onto the protesters and to equate the thousands of peaceful demonstrators with obvious provocateurs.

“Repression was carried out yesterday, including against reporting teams, fulfilling their professional duties to cover the events and to inform the public about them,” the Union of Bulgarian Journalists said. 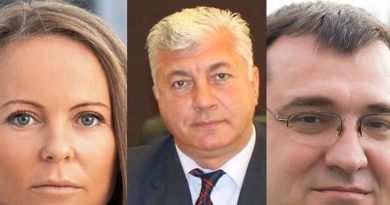 Bulgaria’s 2019 local elections: In Plovdiv, waiting for the fat lady