Bulgaria’s Parliament ratified on February 25, at first and second reading, the Cabinet’s agreement with four foreign banks to issue bonds of up to eight billion euro on foreign markets between 2015 and 2017.

The ratification bill was seen as teetering on knife’s edge, but passed with a wide majority after it was backed by two opposition parties. At first reading, the bill won 161 votes in favour, and at second reading it was backed by 159 MPs.

In addition to Prime Minister Boiko Borissov’s GERB and the Reformist Bloc, two partners in the government coalition that backed the agreement from the start, three other groups that initially opposed the bill changed sides late in the five-hour debate on the House floor ­– the socialist splinter ABC, which is part of the government, as well as the opposition Movement for Rights and Freedoms (MRF) and Bulgarian Democratic Centre. (The fourth partner in the ruling coalition, the nationalist Patriotic Front abstained in both votes.)

The switch came after Finance Minister Vladislav Goranov addressed the MPs, giving his “personal assurances” that the final amount of debt taken on by the government would be at least two billion leva (or one billion euro) less than the maximum figure of eight billion euro agreed with the four banks.

This resulted in a flurry of amendments from the opposition Bulgarian Socialist Party – one of two parties, alongside ultra-nationalist Ataka, to vote against the bill – asking to revise downward the maximum amount specified in the agreement.

The amendments were never put to a vote, with Speaker Tsetska Tsacheva saying that Parliament had no prerogatives to negotiate international agreements, only to ratify or reject the agreements negotiated by the government. This, in turn, prompted several socialist MPs to call on President Rossen Plevneliev – who had endorsed the plan earlier – to veto the bill, as well as a stated intention to refer the bill to the Constitutional Court on procedural grounds.

Bulgaria’s cabinet signed the dealership contract, between Bulgaria in its capacity as issuer and Citigroup Global Markets, HSBC Bank Plc, Societe Generale, and UniCredit Bank AG in their capacity as organisers and dealers on February 6.

The Finance Ministry said that six billion euro worth of new debt, which will have a longer maturity period of up to 30 years, would be used to refinance several bond issues due for repayment by the end of 2017. The rest of the money would be used to finance the Budget deficits in 2015/17, which the ministry estimated at 3.3 billion euro.

According to the ministry’s calculations, this would increase Bulgaria’s foreign debt from 27.1 per cent of gross domestic product at the end of 2014 to 31.3 per cent of GDP at the end of 2017. The figure would be lower in the scenario described by Goranov, where Bulgaria would take on less foreign debt, although he did not specify whether such a shortfall would result in a corresponding increase in domestic borrowing or reduced budget deficits. 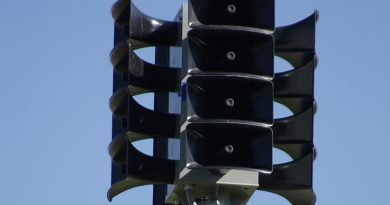