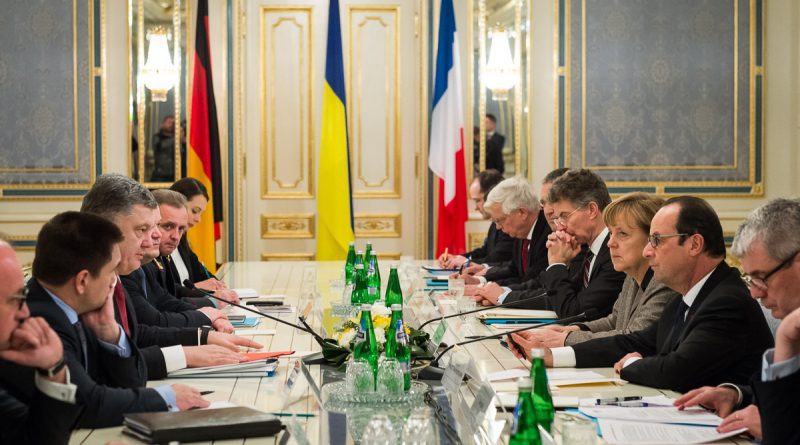 The leaders of Russia, Ukraine, France and Germany discussed by phone on Sunday a French-German peace plan to end the fighting in Ukraine.

A German government spokesman said the four leaders aim to meet Wednesday in the Belarussian capital, Minsk, to continue work on resolving the Ukraine crisis.

The plan is based on September’s failed cease-fire signed in Minsk, but with more details on timing, according to a senior U.S. State Department official.

‘One of the last chances’

Hollande has said the plan is “one of the last chances” to end the fighting in Ukraine. Merkel said it is unclear if it will succeed.

At a security conference in Munich Sunday, German Foreign Minister Frank-Walter Steinmeier said negotiators on the French-German plan are “far from finding a political solution” to Ukraine’s conflict after a few days of “intense” debate.

“It’s also Moscow’s task to define joint and common interests. We’ve seen too little here so far and you have also heard and listened to my colleague Lavrov and of course this was not also conducive to our discussion,” he added.

However, Steinmeier said negotiators are “far from finding a political solution” to the crisis, after a weekend of “intense” debate.

He added that supplying Ukraine with lethal weapons would be “highly risky” and “counterproductive.”

“At our east, on European territory, the conflict in Ukraine has carried an unsustainable price in human lives, has shown us that one of the basic principles of international law — respect of a country’s territorial integrity and sovereignty, and that you don’t change borders by force — can be violated. An extremely dangerous precedent, not only for Europe, but for the rest of the world as well,” Mogherini said.

Kerry: No rift between US, allies

Also in Munich, U.S. Secretary of State John Kerry addressed reports of a rift between the U.S. and Europe related to supplying Ukraine with weapons. He said there is no split between the U.S. and its European allies, but that all agree Ukraine’s challenges will end through diplomacy, not with military force.

“Let me assure everybody, there is no division, there is no split. I keep hearing people trying to create one — we are united, we are working closely together, we all agree that this challenge will not end through military force, we are united in our diplomacy,” Kerry said.

“But the longer that it takes, the more the off-ramps are avoided, the more we will be forced to raise the costs on Russia and its proxies,” he said.

“Suffice it to say that today Russia is seeking to fundamentally alter the security landscape of eastern and central Europe, first through its illegal occupation of Crimea, and now through the brazen effort, the overt effort, indisputable effort to destabilize eastern Ukraine,” Kerry added.

In an interview to fully air Sunday on NBC’s Meet the Press, Kerry said the U.S. would be helping Ukraine with the understanding that there is no military solution.

French Foreign Minister Laurent Fabius said at the conference that France and its allies must stick together, show resolve and not agree to concessions that undermine European security.  But he said no one wants to get “trapped” in a raging war.

Mogherini said the conflict in Ukraine has shown that one of the basic tenets of international law — respect for a country’s territorial integrity — can be violated. She called this an “extremely dangerous precedent” for the world.

The cease-fire signed in September in Minsk called on forces from both sides to stop the shelling, pull back from the front lines and begin immediate peace talks. The deal was violated almost from the moment it was signed.

Ukrainian forces have been fighting to take back parts of eastern Ukraine seized by Russian-backed separatists when a new Western-leaning government took power in Ukraine last year.

The United Nations said more than 5,300 people have been killed in the conflict in Ukraine, which began nearly a year ago.

Last Friday, the United Nations High Commissioner for Refugees reported that nearly 1 million civilians have been internally displaced by fighting in eastern Ukraine.

Russia has denied involvement in the fighting. But Poroshenko stood before reporters at the security conference in Munich Saturday holding up Russian passports that he said were taken from Russian soldiers inside Ukraine.

Pam Dockins contributed to this report from Munich. 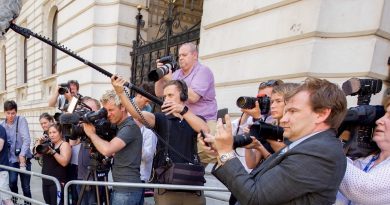 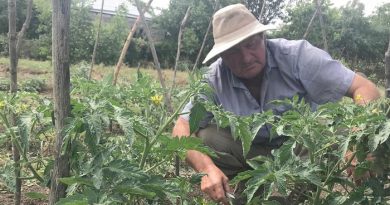