Bulgaria’s Supreme Judicial Council has denied allegations that it has information that the Sofia City Court has been exercising pressure on 15 judges who some days ago declared an unprecedented protest against the court’s management and demanded its resignation.

This is among the latest episodes in the latest controversies involving alleged misconduct by top judges and a dispute about shortcomings in the system to “randomly” allocate cases to judges.

Bulgarian-language media alleged that the president of the Sofia City Court’s civil division, Bogdana Zhelyavska, requested information about private claims cases being dealt with by judges whose names were on the list of those who had demanded a full audit of the activities of Sofia City Court head Vladimira Yaneva and her deputies.

Supreme Judicial Council spokesperson Sonya Naidenova denied claims that damage control public relations was being conducted regarding the investigation into Judge Roumyana Chenalova in connection with the handling of bankruptcy court action involving two Bulgarian subsidiaries of a French company. The French ambassador has highlighted this case, leading to the investigation into Chenalova, who denies wrongdoing.

Chenalova is being investigated in connection with her handling of the bankruptcy proceedings and also in regard to delayed court cases. Bulgarian media reports said that prosecutors were looking into the matter of the delayed cases.

The delayed cases, reported to have been identified by a probe by the Judicial Inspectorate, are said to range from short periods of time to a year.

Meanwhile, Naidenova said that a report from computer specialists was expected regarding alleged manipulation of the system of distributing cases among Sofia City Court judges.

A move to call a tender to immediately introduce centralised software to handle random distribution of cases has, in turn, caused controversy.

Naidenova confirmed that there was uncertainty about the cost of the product, but said that the fast-track procedure to acquire the software would not necessarily mean a rewrite of the budget of the judiciary.

Ivanov said that decisions on new software should be taken only after the analyis by IT experts was available.

He said that the decision to immediately start the procedure towards a new contract without having analysed the report by inspectors, which the council itself had requested, was “terribly embarrassing”.

The way the matter was being approached, including the lack of external control over drafting the terms of reference for the tender, “also continues to bother me”. 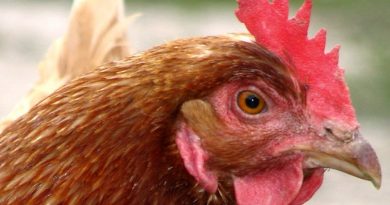