Bulgarian MPs rejected at first reading on November 19 two separate bills proposing to scrap the flat tax rate and the re-introduced progressive taxation, put forward by the Bulgarian Socialist Party (BSP) and ultra-nationalist Ataka. Neither bill was expected to pass, but several parties put the flat tax issue on their campaign manifestos ahead of the October 5 elections.

Ataka’s more drastic proposal, which envisioned no tax for monthly incomes below 400 leva (about 204.5 euro) and six brackets ranging from 10 per cent to 43 per cent (for monthly incomes above 3200 leva), received only 41 votes in favour and 110 against.

BSP’s proposal, which envisioned zero tax for the first 340 leva ­– the minimum salary in Bulgaria currently – and marginal tax rates ranging from 10 per cent to 20 per cent, was defeated with 112 votes against and 62 in favour.

The bill was backed by the socialists, Ataka, populist Bulgaria Without Censorship, but also two parties that are backing the centre-right government of Prime Minister Boiko Borissov – socialist splinter ABC and nationalist Patriotic Front. The bill was opposed by the parties in government, GERB and the Reformist Bloc, as well as the opposition Movement for Rights and Freedoms (MRF).

Bulgaria introduced a 10 per cent flat tax in 2008, under the tripartite government that included both the BSP and MRF, to increase Budget revenue collection and lower incentives for tax evasion. The taxation change was successful in boosting government revenue, even during the global financial and economic crisis and there has been little debate to switch back to progressive taxation before last month’s elections.

Parliament also defeated on November 19 an Ataka bill that proposed imposing zero value-added tax on foodstuffs made in Bulgaria, medicine and textbooks (Bulgaria has a flat 20 per cent VAT rate on all goods). Ataka MPs were the only ones to vote in favour, with the party criticised for not making any suggestions on how it planned to replace the 1.2 billion leva in lost revenue that its proposal would have caused.

In other legislative matters on its agenda, the National Assembly gave its formal approval for the Cabinet to borrow up to three billion leva (about 1.53 billion euro) on foreign markets before the end of the year. The proposal to increase the borrowing limit for 2014 is part of the Budget revision bill, passed by MPs at first reading on November 18. 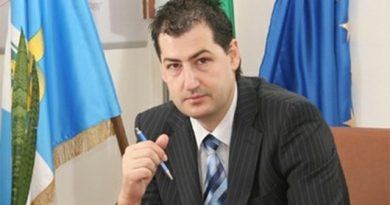