Bulgaria’s lawmakers passed the proposed 2014 Budget revision on November 18, following nearly seven hours of debate. The vote passed 123 votes in favour, 42 against and 41 abstentions. In a separate motion earlier in the day, the MPs approved the transfer of 100 million leva to the National Health Insurance Fund with 169 votes in favour, nine against (from ultra-nationalist Ataka) and 27 socialists abstaining.

The Budget revision bill passed with the votes of the two parties in government, GERB and the Reformist Bloc, as well as the two parties backing the coalition, the nationalist Patriotic Front and the socialist splinter ABC. The socialists and ultra-nationalist party Ataka voted against, while the Movement for Rights and Freedoms (MRF) and the populist Bulgaria Without Censorship abstained.

The debate predictably featured plenty of sniping between MPs from the parties in the ruling coalition and the opposition, but with much fewer personal attacks than similar debates in the previous legislature.

GERB and Reformist Bloc speakers said that the Budget revision was inevitable because of the poor planning done by the now-departed Plamen Oresharski administration and the refusal of the 42nd National Assembly to pass a revision bill in the summer, which would have allowed to keep the deficit within the European Commission’s guidelines.

The socialists, which held the mandate of the Oresharski cabinet, blamed the Georgi Bliznashki caretaker cabinet for not curtailing the spending, while MRF said that it agreed with the need for a revision, but disagreed with the size of the Budget deficit.

Going forward, Parliament’s committees are expected to review the bill again in the coming days, with MPs voting a three-day deadline to submit and approve any amendments between readings. The second reading vote expected next week. 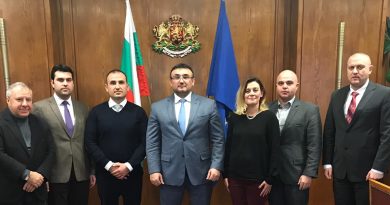 Bulgarian government, prosecutors in show of support for Jewish community after Synagogue attack