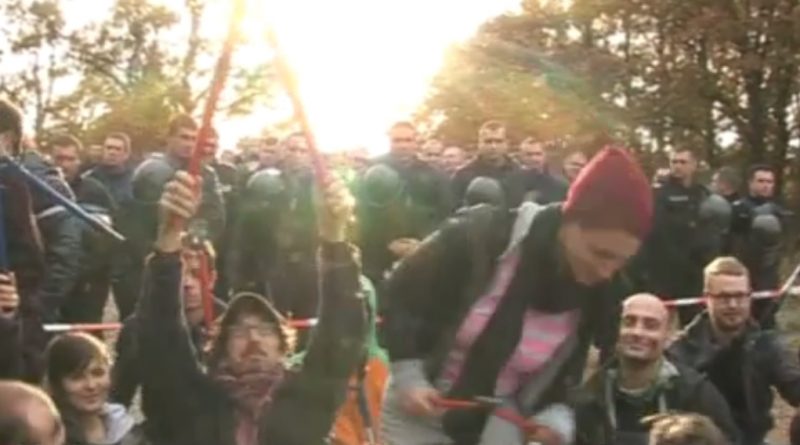 More than 80 human rights activists from Germany held a symbolic protest near the Bulgarian-Turkish border fence marking the 25thanniversary of the fall of the Berlin Wall, protesting to demand an end to refugees from being deterred from entering Bulgaria.

The protest saw minor scuffles between the activists and Border Police, who held them back from getting closer than the 300 metre limit from the fence.

On November 9, the group of people from German and Polish NGOs, accompanied by a group of German journalists, arrived near the village of Golyam Dervent, close to the Turkish border.

One of the activists told reporters, “we want to go to the new fence of the EU”. He said that they had written to Bulgaria’s Interior Ministry and spoke with Border Police because they wanted to hold an “art performance” near the fence.

Barekov resigns as leader of ‘Bulgaria Without Censorship’ coalition