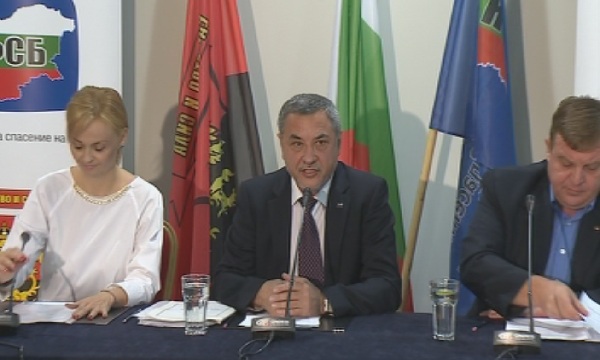 Bulgarian nationalist coalition the Patriotic Front (PF) said late on November 4 that it could not support the proposed programme declaration of the cabinet deal worked out by Boiko Borissov’s GERB and the centre-right Reformist Bloc.

The announcement by the PF came some hours after GERB, winner of the largest single share of seats in Bulgaria’s October 5 elections, and the Reformist Bloc coalition announced that they had reached agreement on the structure and personnel of a cabinet.

However, while the PF said in a media statement that the proposed programme declaration did not correspond to what it had agreed previously with GERB, saying that it could not support the document “in its current form” eventual rejection need not harm prospects of the GERB-Reformist cabinet taking office.

That is because of the arithmetic involved.

The GERB-Reformist deal needs a simple majority of votes in Bulgaria’s 240-seat 43rd National Assembly for its cabinet to be voted into office.

GERB has 84 MPs and the Reformist Bloc 23. Patriotic Front support would add 19 and if Georgi Purvanov’s socialist breakaway ABC agrees to support a cabinet in which it is being offered a seat, that would add a further 11.

However, there is the factor of the Movement for Rights and Freedoms (MRF), the National Assembly’s third-largest party, with 38 MPs, twice the number of the PF.

MRF leader Lyutvi Mestan, emerging from talks with head of state President Rossen Plevneliev on November 4, again underlined that his party would not support a cabinet involving – even through parliamentary support – a nationalist formation such as the PF, which Mestan said was no different from Volen Siderov’s Ataka.

PF opposition or abstention from support for the GERB-Reformist Bloc deal would open the way for the MRF to vote in favour of the proposed cabinet, even though Borissov’s party has made clear to the MRF that Mestan’s party would have no part of government.

The downside of this scenario for GERB and the Reformists is that it would make them dependent on MRF support – an important factor in the centre-right spectrum and civic democracy movements in Bulgaria which abhor the MRF’s association with the widely-rejected ruling axis of the immediate past.

Mestan told reporters on November 4 that a two-party or even single-party cabinet put together by Borissov without nationalist involvement or suppor would receive from his party a “grace period” of 600 days, double the number that Mestan pledged previously.

Meanwhile, in what may be a gambit of its own, the PF left the door open for further deal-making.

The PF’s statement said that achieving consensus and support for a stable government could result only from negotiations on the programme declaration.

Whether GERB would be willing to re-embark on negotiations with the PF or whether Borissov would accept the support of the MRF apparently is the latest complication for the GERB leader as he seeks to get a government in place.

On November 5, as part of the procedures prescribed by the constitution, Plevneliev will receive the final two of the list of parties in Parliament with which he has been holding consultations: the Bulgarian Socialist Party and then GERB.

It is expected that Plevneliev will hand Borissov a mandate to seek to form a government.

The constitution gives Borissov a seven-day deadline to return with a cabinet to put to the National Assembly for approval.

Should Borissov fail to achieve this, the mandate then would pass to the second-largest party, the BSP, which ran an extremely distant second on October 5 and repeatedly has said since the election that it would not attempt to form a government.

The constitution then gives Plevneliev leeway to choose from any of the remaining – six – parties in Parliament and offer it a mandate, the final stage of the process where failure would mean calling fresh elections. So far, only one has said that it would try: the Patriotic Front. 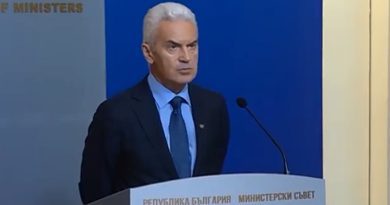