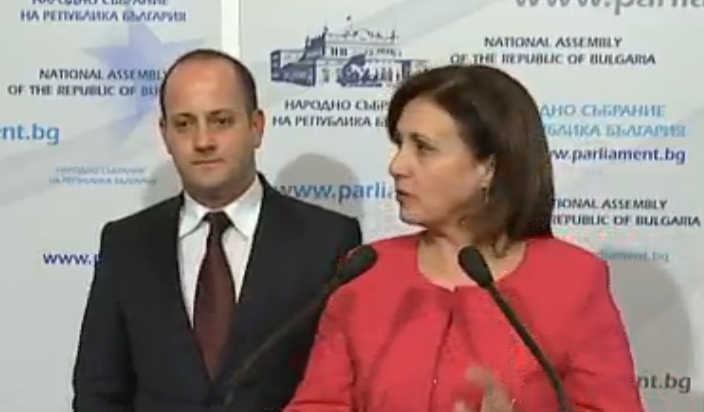 Bulgaria’s centre-right GERB and Reformist Bloc have agreed on proposing a cabinet that will be headed by GERB’s Boiko Borissov as Prime Minister, it was announced on November 4 2014.

The announcement followed talks between GERB and Reformist Bloc negotiators at the National Assembly building.

It is possible that there will be a minister from Georgi Purvanov’s socialist breakaway minority party ABC in the new cabinet.

It is envisaged that the cabinet will serve a full four-year term.

The names of deputy prime ministers, cabinet ministers and the portfolios they will hold have not been disclosed. It was expected that they would be announced after being presented to and discussed by the parliamentary groups of GERB and the Reformist Bloc.

There will be changes to the structure of the cabinet. The Investment Planning Ministry, an invention of the now-departed ruling axis that was in power from May 2013 to August 2014, will be abolished.

The mammoth Economy, Energy and Tourism portfolio will be split into three ministries.

Kanev said that the Reformist Bloc “had never questioned” the right of the largest party to designate its candidate Prime Minister.

He told reporters that the deal on the cabinet was the most stable option for consolidation of a majority in the 43rd National Assembly that was elected on October 5.

“At this point we can say we have no fundamental differences on all topics discussed,” Buchvarova said.

She said that there would be trilateral meetings with other potential partners with which they would seek to secure a majority.

Asked when the declaration on the governance programme agreed between GERB and the Reformist Bloc would be made public, Buchvarova said that this would happen as soon as it was signed.

Head of state President Rossen Plevneliev is to meet GERB leaders at his office on November 5 as part of consultations required by the constitution before he offers a mandate to govern.

It is expected that he will hand this mandate to GERB leader Borissov the same day, although earlier it was indicated that Plevneliev would do so on November 6.

The constitution allows the holder of the mandate seven days to come back with a proposed cabinet. This is subject to approval by the National Assembly.

Mihail Mikov, leader of the Bulgarian Socialist Party, said that he would recommend to his parliamentary group to vote against the cabinet.

Emerging from November 4 consultations with the President, the leader of the third-largest party in Parliament, the Movement for Rights and Freedoms, said that the party would not vote in favour of a government that was there with the support of the Patriotic Front.

MRF leader Lyutvi Mestan said that he had told the President that were a government held in place with Patriotic Front support to go ahead, “there is a huge risk that for the first time, Bulgaria would depart from its civilisational choice to become a consistent Euro-Atlantic state”.

Mestan said that the Patriotic Front could not present itself as different from Ataka (Volen Siderov’s ultra-nationalist party, from which Valeri Simeonov’s National Movement for the Salvation of Bulgaria, one of the two major partners in the Patriotic Front, is a breakaway).

Mestan said that if Borissov came up with a two-party or even single-party government, the MRF would support it unconditionally and could even give it 600 days’ grace instead of the 300 days’ grace Mestan previously promised. 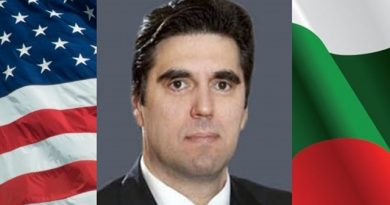