The arrests of a mayor and municipal officials, motor vehicle administration management and an environmental inspectorate chief in various places were among busts for corruption in Bulgaria in recent days.

In Brezovo, in the Plovdiv region in southern Bulgaria, the mayor, deputy mayor and chief secretary of the municipality, as well as an employee of a local bank branch, were taken into custody by State Agency for National Security (SANS) on October 23.

The October 23 arrests followed a seven-month investigation into alleged irregularities involving the transfer of pension funds. The scheme was alleged to have been initiated by the bank official, Stoyanka Stoyanova.

The mayor, Radnyo Manolev, was arrested soon after saying that he was considering dismissing subordinates. His arrest followed that of deputy mayor Dimitar Tomov, and municipal chief secretary Stoyna Maleshkova, who allegedly falsely notarised fake applications for the transfers of money from one pension fund to another.

Prosecutors said that they would apply to court for Manolev and the other accused to be dismissed from office.

Also on October 23, SANS arrested management officials of the State Motor Vehicle Inspectorate in Pleven in northern Bulgaria for alleged involvement in charging transport companies a “fee for calm”.

Seven people were taken into custody, including the head of the road transportation administration, his deputy, various other subordinates and a mediator.

It was alleged that they had extorted money from more than 10 transport companies. Prosecutors said that the officials made the companies pay monthly fees and send their vehicles for technical examinations at a designated firm. Officials also allegedly were involving in selling driving licences.

Involved in the operation against the scheme was the recently-formed special anti-corruption unit at Sofia City Prosecutor’s Office.

On October 22, the head of the environmental inspectorate in Pernik, Ognyan Borissov, was arrrested along with an inspectorate employee for soliciting a bribe from a company to cancel large fines.

Pre-trial proceedings have been initiated against both. Borissov was appointed to the post in July 2014, having previously been employed at the Border Police and at Sofia Airport. 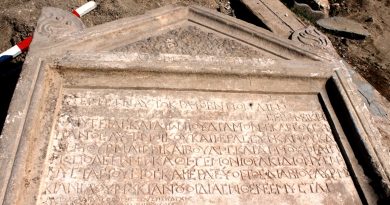