Bulgarian Border Police said on November 5 2012 that they had arrested eight illegal immigrants, most of them Syrians, an announcement that came two days after news of similar arrests.

The November 5 announcement involved the arrest of the eight illegal immigrants, who were held while travelling in two vehicles near the border area town ofMalko Turnovo, close toTurkey. The drivers of the two vehicles, along with a third alleged accomplice, were arrested along with the group of Syrians.

On November 4, a passport check of three men who presented British passports at the Kapitan Andreevo border established that one of the passports was fake and the man who presented it was Iranian.

The same day, Border Police arrested a German national of Syrian woman, who was transporting a Syrian relative who presented identity documents that did not belong to him.

Recent months have seen an increase in the number of cases of illegal immigrants being detained in Bulgaria, especially people from Syria and other Middle East and North African countries currently caught up in turbulence, while Bulgarian authorities have underlined that the increase is off a low base and the number of incidents does not represent a flood of illegal immigrants.

Separately, Europol said on October 29 that Italian judicial authorities, working with Greek and German police and Europol, had successfully dismantled a major international criminal network involved in the smuggling of Iraqi and Kurdish migrants into the EU.

Operation Iskandar was started in 2008, under the co-ordination of the Anti-mafia District Prosecutor’s Office in Trento, and has been conducted by Carabinieri Raggruppamento Operativo Speciale Carabinieri (ROS). The operation targeted a criminal group organising the transfer of migrants from the northern regions of Iraq toward several EU countries. Using the well-known Balkan route, the migrants passed through Syria, Iran and Turkey heading for Italy, Germany, Switzerland, France, the UK and Scandinavia.

The investigation established that the criminal organisation was responsible for the illegal immigration of more than 1500 people. Financial investigations established that they earned about $12.5 million. Each of the migrants, after having paid the amount of about  8000 euro to the representative of the cell active in Kurdistan, was sent to a base in Turkey before they were smuggled into Greece. From Greece the journey was continued to Italy, mainly by the use of motorboats and occasionally by air.

Europol supported the investigation from its operational co-ordination centre in The Hague and provided operational analysis to the affected EU member states. During the action day a Europol employee with a mobile office was in Trento to support the operation. On-the-spot analysis of the information gathered by the authorities during the arrests and house searches revealed further new links associated with the criminal network, Europol said. 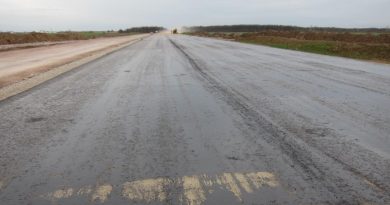