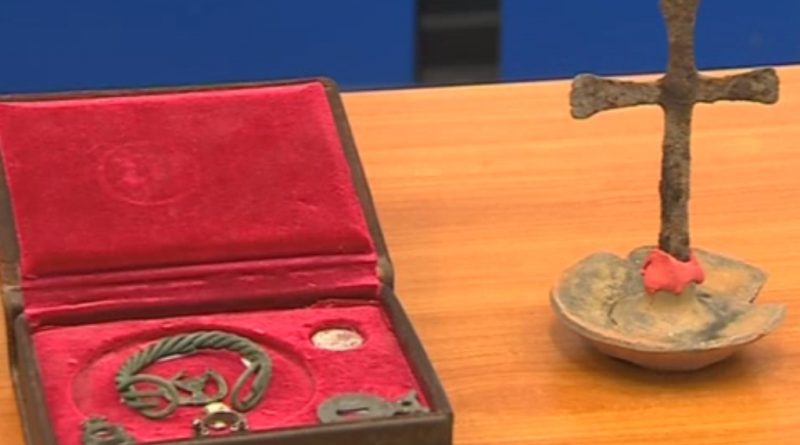 A cross made of iron, coins, bronze bracelets – and a container dating from the 12th to 13th century on which is inscribed, “Lord, help Veronica”. All of these and more are among finds made by archaeologists during the summer 2014 dig at Bulgaria’s ancient sacred site of Perperikon.

Professor Nikolai Ovcharov, who has been overseeing archaeological work since 2000 at Perperikon – a site where human habitation dates back to about 5000 BCE, on a rocky hill 15km from the town of Kurdjali in southern Bulgaria – unveiled the finds at a news conference on September 28 2014.

He showed a coin from the reign of Tsar Ivan Alexander of 1343, which he said indicates that at the time there was a Bulgarian military campaign in the Eastern Rhodopes, aimed at taking back lost lands.

Ovcharov also showed a Christian cross made of iron. He said that such finds were showing what happened after the conquest of the fortress by the Ottomans in the siege of 1361 and 1362, namely the desecration of objects used in worship by Christians. Such objects had been found broken and twisted.

A container was found on which was written, “Lord, help Veronica”. The artefact is said to date from the 12th to 13th century.

The inscription, in Greek, reveals the name of a resident of Perperikon of the time.

Ovcharov said that the inscription, though short, was not only a curiosity but was important because there were very few inscriptions found at Perperikon from that period.

From the period of the 14th century, a document had been found mentioning the name of a woman, Kali, (meaning “beautiful”), sold as one of the slaves after the capture of Bulgarian territory.

This year’s excavations also had revealed buildings in the eastern part of the acropolis, and large buildings from the third to fifth century, the late Roman era.

Also found was the mausoleum of an Ottoman commander, buried along with his horse which had been ritually killed. 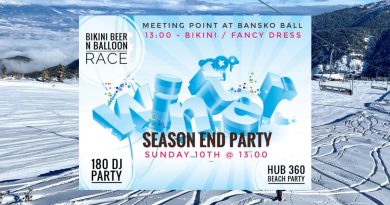