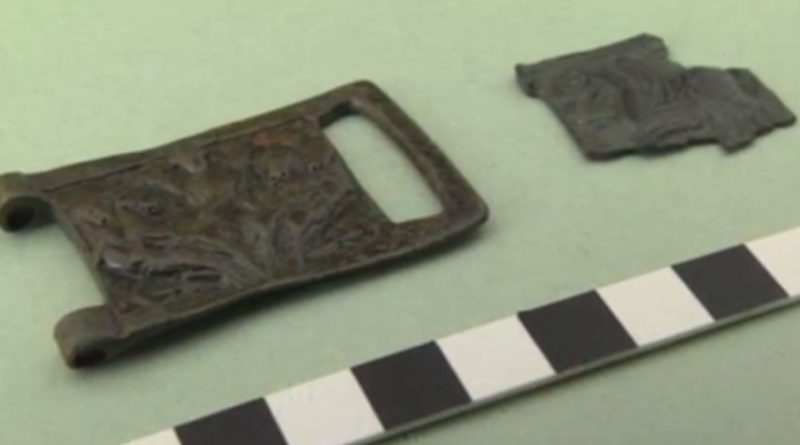 Valuable buckles with the images of imperial symbols have been found by archaeologists working at the site of medieval Pliska in north-eastern Bulgaria.

Pliska, which boasts a large archaeological reserve and is the subject of ongoing digs, is best known as having been the capital of the First Bulgarian Kingdom from 681 to 893CE.

According to a report on August 22 2014 by public broadcaster Bulgarian National Television, the finds date back about 1100 years.

They were found in part of the palace complex of the first Bulgarian capital.

The find of the buckles with the imperial symbols is extremely rare for Pliska in spite of the former capital’s lively contacts with the Byzantine empire.

Archaeologist Andrei Aladzhov said that the two finds were bronze belt buckles from the 10th century.

One had an image of the mythical Gryphon and the other depicts the ascension of Alexander, borne into the sky in a chariot pulled by four horses.

The place where the find was made is in the north-western part of the stone arena where in the past there was a huge wooden platform in the shape of a hemisphere. Behind that was another wooden building which archaeologists are exploring further.

Aladzhov said that the building attached to the stands was seen as being likely to have been a room to prepare those who were coming out to perform in the arena.

The medieval stone arena or theatre had an important place in the city plan of Pliska. It is close to the ruler’s palace and administrative buildings of the former capital city.

Ahead of parliamentary elections, Bulgaria grapples with vote-buying